Protesters in Hong Kong returned to the streets in what Bloomberg has called "one of the city's most violent days in its 13th weekend of social unrest," after several top organizers were arrested and then released, including Joshua Wong, Agnes Chow and Andy Chan. 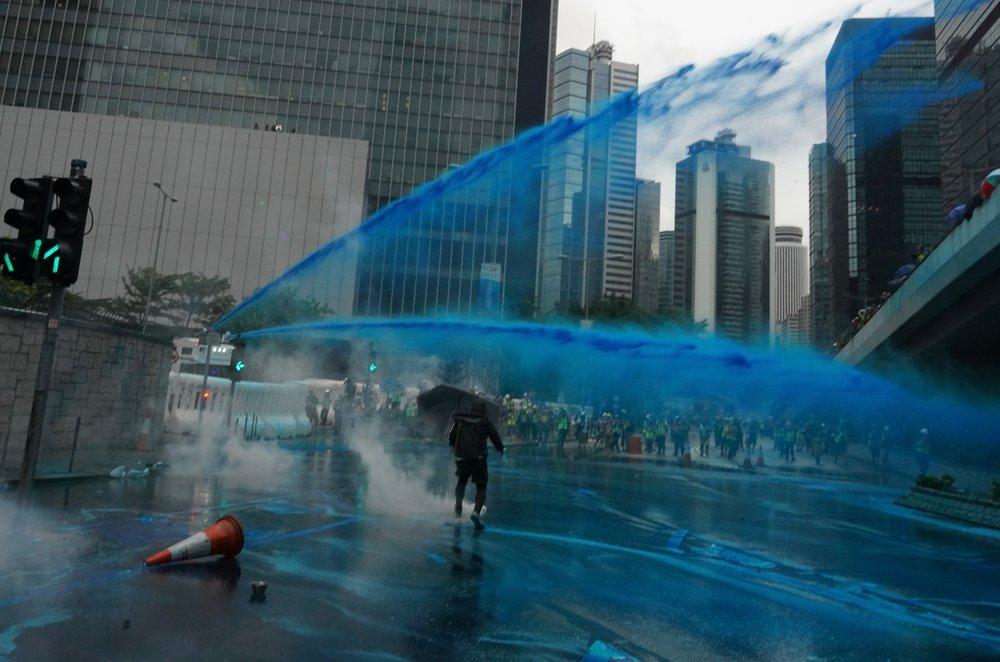 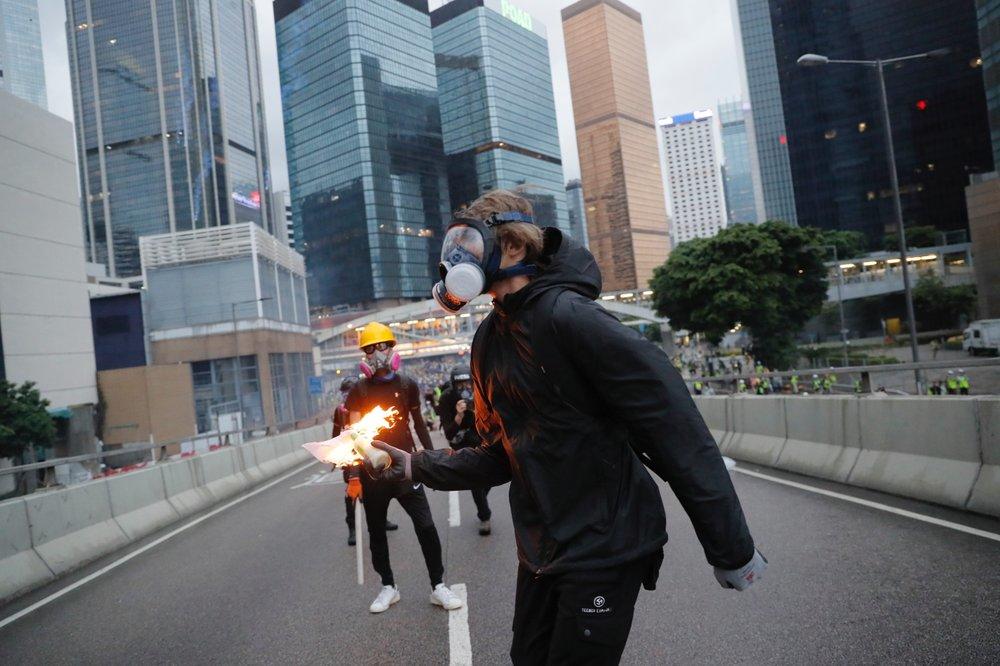 “Liberate #HongKong, the revolution of our time,” some chanted amidst the fire.
We heard several loud “bang” sounds as the fire grew bigger.
This is beyond anything I have seen in the #AntiELAB protests so far. pic.twitter.com/goCWgVn3UO

Tens of thousands participated in an unauthorized demonstration - many of whom threw objects and gasoline bombs over barriers at the government's headquarters. After initially retreating in response to the crowd control measures, protesters returned to a nearby suburb and set fire to a wall on Hennessy Road in the city's Wan Chai district.

this fire has gotten much bigger after 20 minutes. the street is full of dark smoke. #hongkongprotests#HongKong Clashes Escalate as Water Cannons, Firebombs Are Used https://t.co/JtIZo9EhGJ @bpolitics pic.twitter.com/pxdhcV0iRc

While others marched back and forth elsewhere in the city, a large crowd wearing helmets and gas masks gathered outside the city government building. Some approached barriers that had been set up to keep protesters away and appeared to throw objects at the police on the other side. Others shone laser lights at the officers.

Police fired tear gas from the other side of the barriers, then brought out a water cannon truck that fired regular water and then colored water at the protesters, staining them and nearby journalists and leaving blue puddles in the street. -AP

The protesters were undeterred.

protesters aren't deterred by rounds of tear gas outside Sogo department store at all. what a scene in causeway bay. #hongkongprotests#HongKong Clashes Escalate as Water Cannons, Firebombs Are Used https://t.co/JtIZo9EhGJ @bpolitics pic.twitter.com/SOPyI4ZIzu 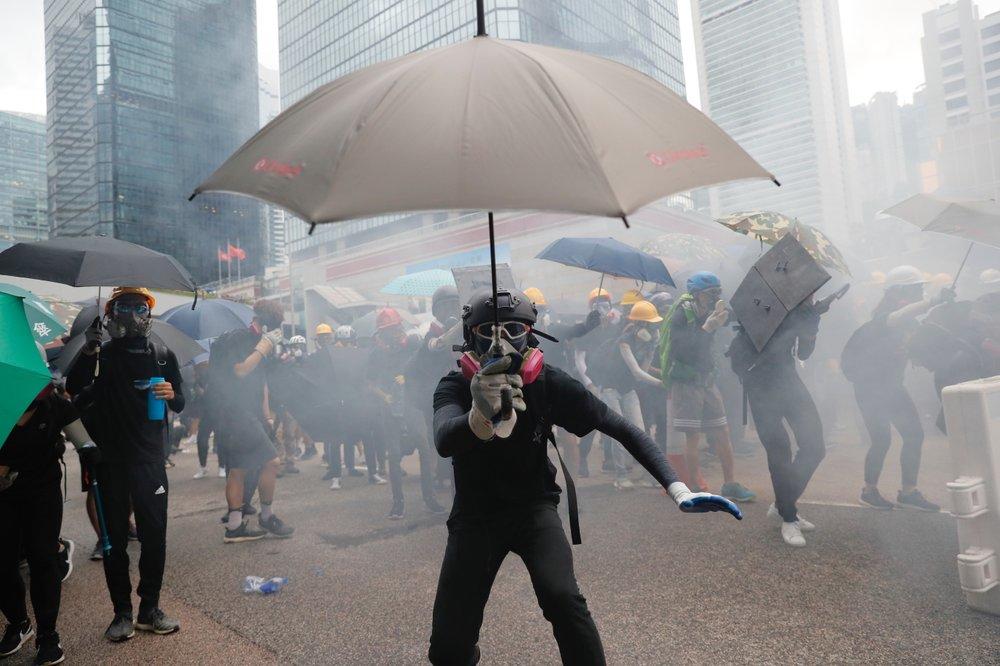 Several people were arrested and tossed into police vans.

"Violent protesters continue to throw corrosives and petrol bombs on Central Government Complex, Legislative Council Complex and Police Headquarters," said the police in a statement. "Such acts pose a serious threat to...

More in this category: « Ulta Beauty stock tanks as profit warning triggers multiple downgrades When LeBron James chose Nike in 2003, he gave up $28 million — it could end up making him $1 billion »