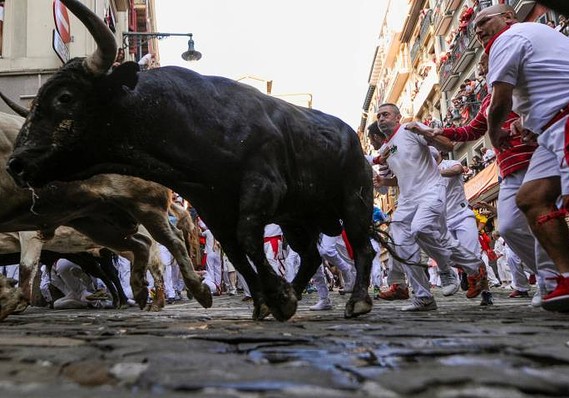 Getty Images
U.S. stock market futures spiked as soon as the news hit that the U.S. and China would schedule high-level trade talks in October. My opinion does not count, but the opinion of someone who is apparently connected to the Chinese government does. China’s Global Times editor tweeted: “There’s more possibility of a breakthrough between the two sides.” Let’s explore the issue with the help of a chart. Chart Please click here[1] for an annotated chart of S&P 500 ETF SPY, +1.24%[2], which tracks the benchmark S&P 500 Index SPX, +1.26%[3]  For the sake of transparency, this is the same chart that was previously published. Note the following: • The chart shows a “megaphone” top pattern. • Bears have been making scary predictions, saying this is a bearish pattern and the stock market will fall to the lower trend line. This scenario would cause major losses for buy-and-hold investors who are fully invested. • Bulls believe that not only there will be a breakthrough with China, but also that the Federal Reserve will be subservient to President Trump and aggressively cut interest rates. • If bulls are right, the stock market will break above the rising trend line shown on the chart. This would be a new high for the stock market. Ask Arora: Nigam Arora answers your questions about investing in stocks, ETFs, bonds, gold and silver, oil and currencies. Have a question? Send it to Nigam Arora[4]. What does it all mean? I have previously written: “A megaphone top, when properly formed, can be useful in trading individual securities. However, the predictive power for a pattern that is not well-formed for the overall stock market is questionable.” I have also said that investors ought to be aware of the pattern, but there is no need for dread. Start with Arora’s Second Law of Investing and Trading: “Nobody knows with certainty what is going to happen next in the markets.” Bulls believe that a trade deal will occur with China and the Fed will aggressively cut rates. Prudent investors ought to consider an alternate scenario: If there is a trade deal with China, the Fed may not cut rates aggressively. If the economy picks up after a trade deal, the Fed may start raising rates again. Under such a scenario, gold ETF GLD, -2.28%[5], silver ETF
...

More in this category: « Another Weird Brexit Turn: Tories Vote To Support No-Deal Bill In House Of Lords Where The August Jobs Were: Who Is Hiring And Who Isn't... And The Retail Apocalypse »