Nearly every Brexit headline in recent tout the mistakes of Boris Johnson and how he now trapped into stopping no deal.

I strongly disagree with that synopsis.

Johnson has a number of options at his disposal, some of them truly bizarre. It's the bizarre ones that have gathered the most attention. 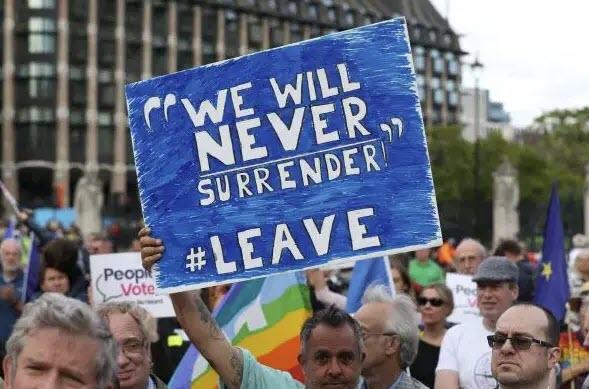 Let's discuss all of Johnson's options along with Remainer options to circumvent them.

First let's discuss the Benn Bill and how it allegedly ties Boris Johnson's hands. That link shows the actual bill in Tweet form.

What Benn Says his bill does is easier to understand.

The politician said:“The purpose of the Bill is to ensure that the UK does not leave the European Union on the 31 October without an agreement, unless Parliament consents.

“The Bill gives the Government time either to reach a new agreement with the European Union at the European Council meeting next month or to seek Parliament’s specific consent to leave the EU without a deal.

“If neither of these two conditions have been met, however, by 19th October – ie the day after the European Council meeting concludes – then the Prime Minister must send a letter to the president of the European Council requesting an Article 50 extension until 31 January 2020.”

Mr Benn added: “If the European Council agrees to an extension to the 31 January 2020, then the Prime Minister must immediately accept that extension.

“If the European Council proposes an extension to a different date then the Prime Minister must accept that extension within two days, unless the House of Commons rejects it.”

The October 19 is a Saturday. Perhaps Commons agrees to meet Sunday the 20th.

Either way, the date is well within the 14-day window in which Parliament's hands may be tied.

14 days pertains to the timeframe and options given to a prime minister losing a motion of no confidence.

The Benn Bill passed the House of Lords on Thursday and a Legal Challenge May Come Monday.

The bill is clearly illegal. I discussed the legal reasons above, in detail

In short, the Bill is illegal because it strips the government of its legal rights to conduct international negotiations.

The Bill passed the House of Commons because Speaker John Bercow ruled the Bill did not require "Queen's Consent".

Thus, Johnson may pursue a legal challenge. But when?

On Thursday, September 5, I reported Another Weird Brexit Turn.

Out of the blue, after filibustering for hours, the government Whips not only halted their own filibuster but also instructed Tories to vote for...

More in this category: « American consumers are far from spent — and that’s a lifesaver for a wobbly economy My second wife wants me to put her name on my home — and refinance so we can buy another house together »