Crypto markets were hit hard again this morning (bouncingback now) as the 3rd sudden plunge in prices hit this week. 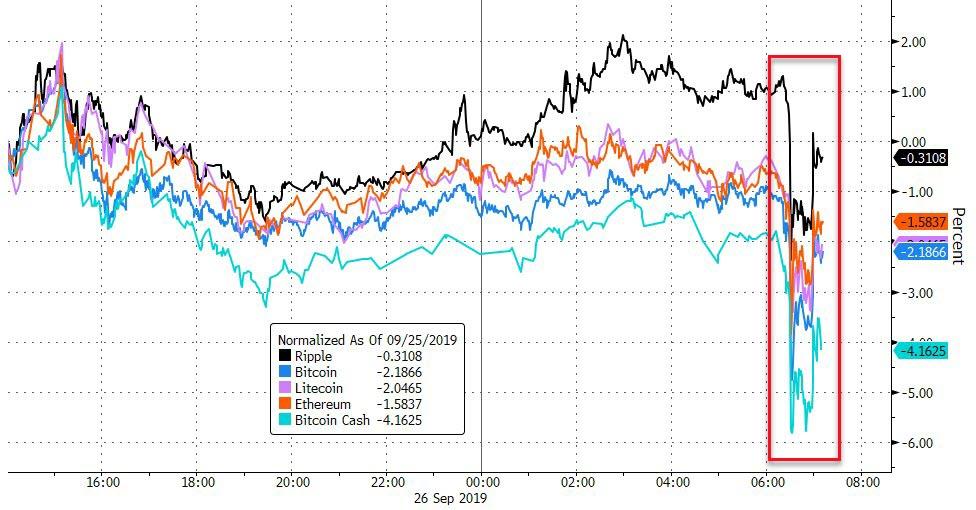 This is the 3rd big selling wave this week... 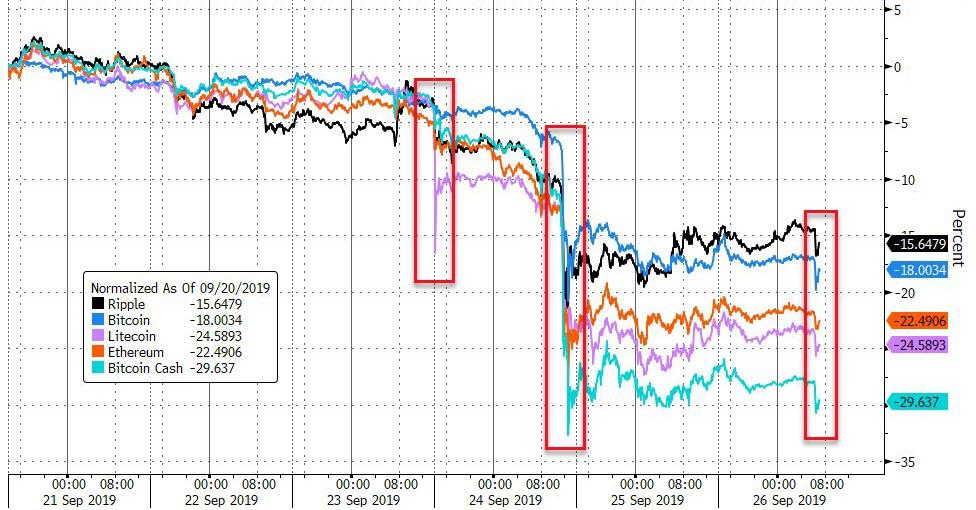 Bitcoin tested down to the lows from Tuesday's flash-crash... 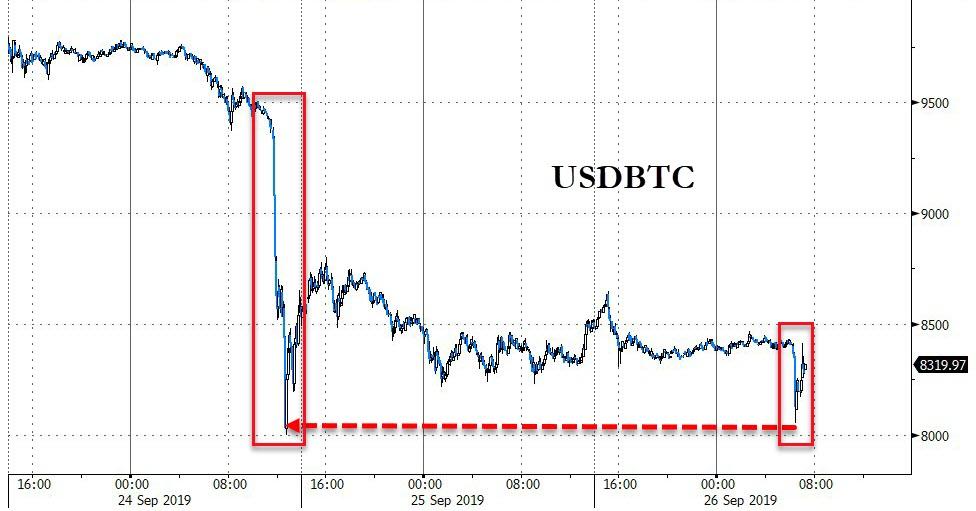 These moves come as CoinTelegraph's William Suberg reports that new research this week has added to suspicions that futures settlement dates end up manipulating the Bitcoin price. 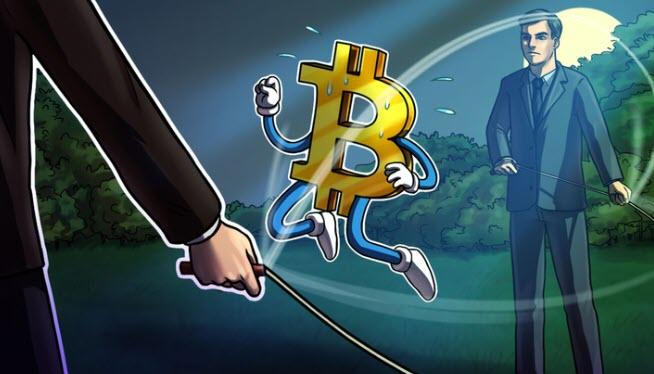 Bitcoin drops 75% of the time before futures expire

Analyzing price behavior from January 2018 to August 2019, the company found that 75% of the times immediately before CME issued payouts, Bitcoin fell.

CME was one of the first operators to launch Bitcoin futures in December 2017. Since then, interest has peaked, with this year seeing frequent all-time highs for trading volumes.

Arcane published the numbers just hours before Bitcoin nosedived 15%, bottoming out at $8,000. That event happened to occur days before a major settlement date: on Friday, 50% of open interest in Bitcoin options is set to expire.

The week’s timing is also conspicuous following the launch of a new futures product from institutional trading platform Bakkt. Despite volumes being low, executives have already claimed the effectiveness of the product in helping markets with price discovery.

According to the company on social media, the unexpected drop in Bitcoin price was a sign of the market finding its true value.

For Arcane, however, such price behavior is highly suspect.

“The figures thus support a hypothesis that the bitcoin price is manipulated in advance of CME settlement,” Kryptografen concluded. It added:

“However, the figures do not say anything about ‘deliberate manipulation’ or, for example, only a result of investors’ strategy of hedging.”

In August, Arcane hit the headlines again when separate findings suggested Bitcoin’s market dominance was in fact over 90%, rather than the roughly 70% reported by trackers....