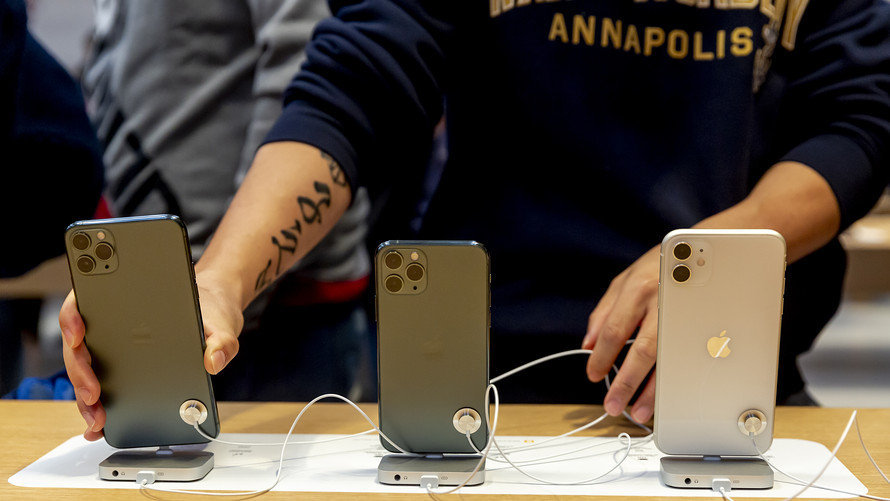 Apple Inc. shares surged Monday, pushing the company toward $1 trillion in market value, following a prediction that the stock will rise more than 20% on stronger-than-expected sales of new iPhone 11 models.

Apple’s stock AAPL, +2.39%[1]  was up 2.4% in afternoon trading Monday to pace the Dow Jones Industrial Average[2], pushing Apple’s market cap higher than $1 trillion in intraday trading and putting shares on track for their highest close in nearly a year, since Oct. 9, 2018. The move came after a JPMorgan analyst raised his price target to $265 from $243 and forecast an uptick in 2019 and 2020 iPhone shipments in a Monday morning note.

“We are modestly raising our iPhone volume forecasts and expect investor sentiment on Apple shares to improve materially given the firm’s ability to drive upward revision to volume expectations despite the 2019 product cycle largely considered to be a muted one,” JPMorgan analyst Samik Chatterjee wrote in a note that maintained an Overweight rating.

JPMorgan raised its iPhone sales forecasts for the current quarter by an additional 1 million units and 3 million more for the fourth quarter of the calendar year, led by iPhone 11, which debuted to middling reviews in early September[3]. The Wall Street firm expects the upward trend to continue into 2020, when the company is widely expected to introduce 5G-enabled iPhones.

“We expect solid consumer interest in 5G phones at the premium end of the North American market, and Apple is well-positioned to drive an outsized share with its 2020 product cycle,” Chatterjee wrote. He projects Apple will sell 198 million iPhones in 2020 and 200 million in 2021.

First Take: Things are changing at Apple, but the iPhone hype formula stays the same[4]

The spike in hardware sales — at a time when Apple is leaning more on its Services division for revenue — comes as a relief to investors, many of whom are jittery about Apple’s exposure to a U.S. trade war with China and federal probes into how the company does business.

When Apple reported fiscal third-quarter results in August, it revealed for the first time in nearly seven years that iPhone sales accounted for less than half of its quarterly revenue[5]. Incremental updates to the company’s flagship product, coupled with stiffening competition from Samsung Electronics Co. Ltd. 005930, +1.34%[6]  and low-cost Chinese smartphone makers such as Huawei, led to a ho-hum reaction among consumers: Third-quarter iPhone sales were $25.99 billion, a 12% drop from the year-earlier total of $29.47 billion.