Another poor U.S. jobs report would add to Wall Street gloom: Here’s what to look for 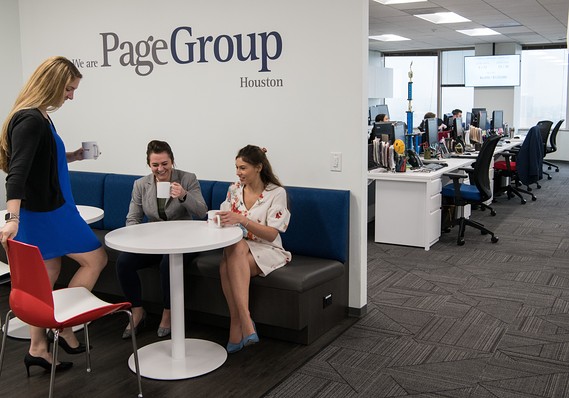 Getty Images Slower hiring in the U.S. is raising fresh worries about the economy.
The U.S. stock market has taken a beating so far this week after fresh warning signs about the economy. Another poor Labor Department jobs report on Friday could add to the gloom.
Here’s what to watch in the September employment report. The over and under Economists polled by MarketWatch predict the U.S. added 147,000 new jobs last month, a bit higher than the preliminary 130,000 gain in August. Three or four years ago that wouldn’t seem like much. Back then the U.S. was adding an average of more than 200,000 new jobs a month. 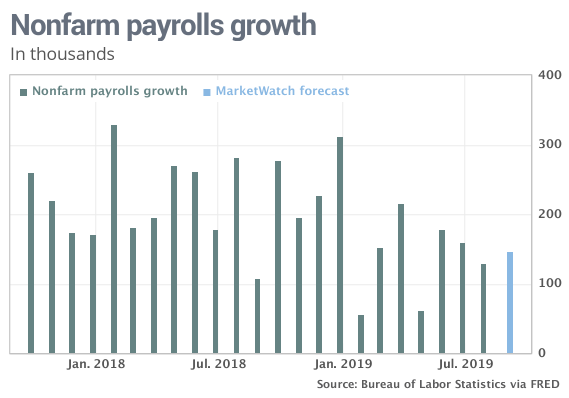 Yet an increase of that size now would suggest the labor market is still in good shape, potentially calming the angst in financial markets, at least temporarily. After all, the labor market has virtually run out of skilled and experienced people who can be hired right off the street. What’s more, the economy only needs to add about 100,000 jobs a month to absorb up all the new people entering the labor force. What worries investors is the sharp deceleration in hiring since the spring, a decline that’s coincided with a weakening global economy and a flareup in U.S. trade tensions with China. If hiring falls short of forecast, the worries will only grow. “The clear risk for markets is for a downside surprise to the September jobs number,” Citibank economists told clients. Read: ADP says just 135,000 private-sector jobs created in September[1] Unemployment rate The U.S. jobless rate is expected to hold at 3.7%, just above a 50-year low. So far there’s little evidence layoffs are on the rise despite scattered reports that more companies are cutting jobs. The number of people applying for unemployment benefits has remained in the low 200,000s and also sit near a half-century low. So long as job creations tops 100,000 a month, the unemployment rate is likely to decline, even if the economy continues to slow. Opinion: Factory jobs are again shrinking in industrial Midwestern states
[2] Manufacturing malaise American factory activity contracted in September for the second straight month and fell to a 10-year low, underscoring the damage caused by the trade war with China. The spat has raised the cost of supplies, disrupted supply chains and hurt exports. Read: U.S. manufacturers experience worst month since Great Recession, ISM finds[3] Hiring has also taken a hit. Manufacturing employment has barely grown in 2019 and some firms say they are cutting back hours or trimming jobs. “We have seen a reduction in sales orders and, therefore, a lower demand for products we order. We have also reduced our workforce by 10%,” an executive at a plastics and rubber manufacturer told the Institute...

Read 695 times
Tweet
Published in Economics
More in this category: « WTO Sides With US, Says US Can Retaliate For Billions In Illegal Airbus Subsidies Dow Collapses 1300 Points Since Catacl-ISM, Oil & Bond Yields Plunge, Rate-Cut Odds Soar »
back to top