If you spoke to any research desk on Wall Street earlier this year, most were saying the trade war would be resolved by the end of summer, and stocks would hit new highs because the economy was roaring. But how the heck did so many Ivy League PhDs on Wall Street get the whole trade war and economy outlook so wrong?

We're going, to be frank with you. The trade war is going nowhere -- it'll be around for years to come unless perhaps a new president removes the tariffs. The trade war is really about empire; the fight for the American empire is real, as China, the rising power has challenged the US, the status quo power of the world.

With that being said, one of the most significant moves currently underway is on Wall Street, perhaps forced by Washington, tightening the financial noose on China's small businesses attempting to IPO on US exchanges.

New reports indicate Nasdaq is cracking down on IPOs of small Chinese firms by tightening the IPO approval threshold, according to m.21jingji. 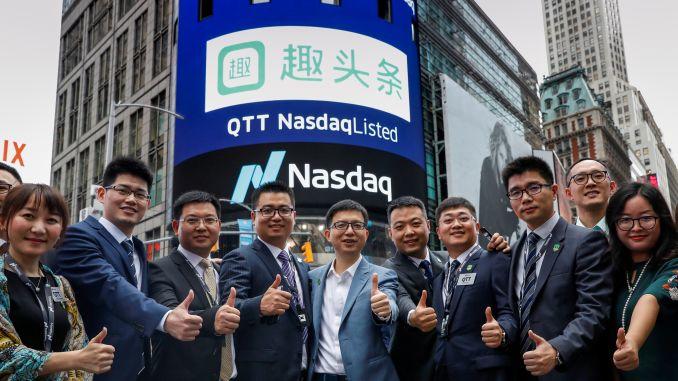 The revision of listing rules has made "it more difficult in going public in the US," said one person in charge of a Chinese financial technology company.

The company, who has been planning a $100 million IPO in the US, said the restrictions have now labeled them a small company. If they don't raise $200 million to meet the new threshold, their IPO would likely be delayed or perhaps rejected. The company also said Nasdaq asked them to "delay" the IPO due to the high proportion of Chinese investors in the deal.

An investment bank in the US said from now on, new restrictions on small and medium-sized Chinese firms via Nasdaq would make it extremely difficult to IPO.

"This is undoubtedly worse for China's small and medium-sized financial technology platform to go public in the US," the banker said.

Another investment banker familiar with new restrictions said the amount of small to medium-sized Chinese IPOs on Nasdaq is expected to plunge in the coming quarters.

In the last six months, there have been several US investment banks rejecting IPOs of Chinese financial technology companies.

Another banker said the new restrictions had forced Chinese companies to raise additional funds to meet new thresholds, have at least 25%-30% of the funds raised from US investors, and add US citizens to the board of directors.

The restrictions have already delayed some IPOs that have to change their capital contribution plans to meet the new rules.

IPO restrictions of Chinese firms looking to IPO on Nasdaq could shift these firms to other exchanges, like the New York Stock Exchange (NYSE). There is also reason...

More in this category: « Buchanan: Is Trump, At Last, Ending Our "Endless Wars"? Why some STDs are hitting record highs »