Coca-Cola earnings preview: Coke Energy is coming to the U.S., and coming for Red Bull 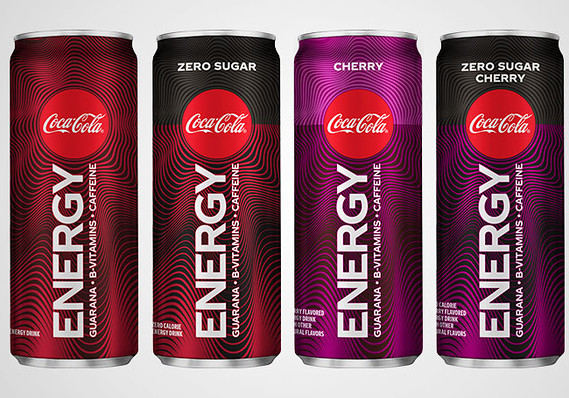 The Coca-Cola Co. is scheduled to report third-quarter earnings on Friday before the opening bell and analysts are expecting discussion of the upcoming launch of Coca-Cola Energy in the U.S. in January 2020[1].

On Oct. 1, Coca-Cola KO, +0.76%[2]   announced that Coca-Cola Energy, Coca-Cola Energy Cherry and the zero-calorie versions of both will be available nationwide in a few months. This is the first-ever energy drink from the company, and all versions will include 114 milligrams of caffeine per 12-ounce serving.

The cherry flavor will only be in the U.S. because “Americans love Cherry Coke!” the company said in a statement.

Coke Energy first launched in Spain, and by July the product had captured 2% share of the energy category, Chief Executive James Quincey said on the second-quarter earnings call. The drink is sold in 25 countries across Europe. There’s a limited edition cinnamon flavor coming for the holidays, and new flavors, like cherry vanilla and orange vanilla, in the pipeline.

On the second-quarter analysts call, Quincey said the information from the “1.0” rollout in Europe will aid with the “2.0” launch in the U.S.

“This is a major national launch, which suggests Coke Energy is likely performing well in Europe,” wrote Evercore ISI analysts in a note. They think this is “a potentially highly disruptive development for an increasingly competitive U.S. energy drink category.”

Evercore says Coca-Cola Energy will be placed “as far from Monster Energy as possible. Coca-Cola emphasized the product is not targeted at Monster Energy.” The American Arbitration Association gave the green light[5] for Coca-Cola Energy’s launch, with the group finding that it wouldn’t break the terms of a contract that Coca-Cola has with Monster.

On a per-ounce basis, Evercore says pricing will be between Red Bull’s premium pricing and the mainstream pricing of brands like Rockstar.

Credit Suisse analysts think the launch so far in Europe shows that there...

Read 346 times
Tweet
Published in Economics
More in this category: « 69 Percent Of US Households "Are Preparing For A Possible Recession" Stocks Tumble After Draghi Warns Of "Over-Stretched Valuations" »
back to top