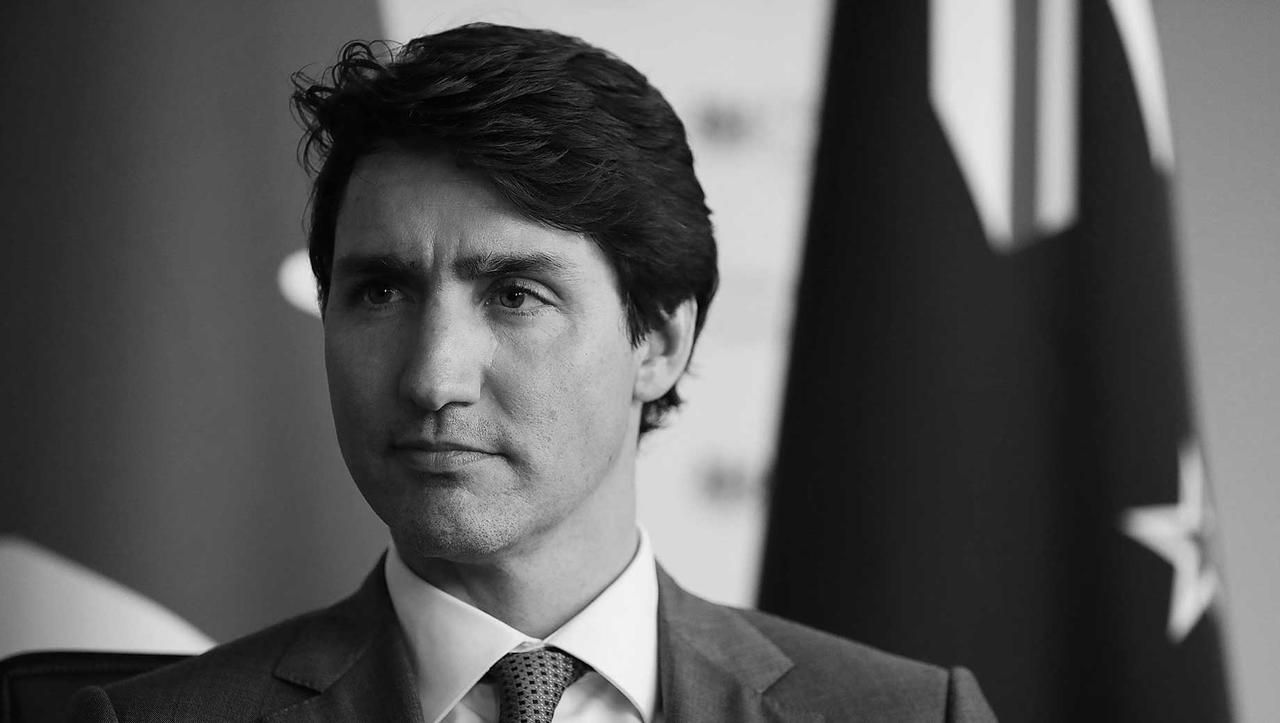 Canadians will vote to elect members of the federal House of Commons next Monday, amid a climate of ambivalence about their current leadership. Support for Prime Minister Justin Trudeau has fallen sharply since 2016, his first full year in office, when nearly three in four (72%) said they approved of the way he is handling his job as prime minister. In 2019, for the first time, Canadians are more likely to say they disapprove (52%) than to say they approve (46%) of Trudeau's job performance. 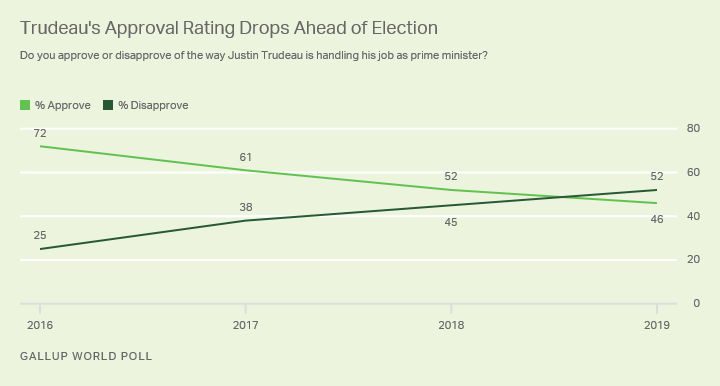 Trudeau's recent tenure has been marred by scandal, including a recent ruling that his administration violated ethics rules in pressuring the country's attorney general to intervene in a criminal case involving a Quebec-based construction company. Trudeau himself also faced intense criticism after videos and photos surfaced of him wearing blackface and brownface at parties in the early 1990s and 2000s.

However, Canadians' growing misgivings apply more broadly than just to views of the prime minister himself, and are reflected in declining satisfaction with high-profile election issues such as environmental stewardship and economic wellbeing. Asked more generally about their approval of the country's leadership, just 49% say they approve in 2019, down from 64% in 2016. 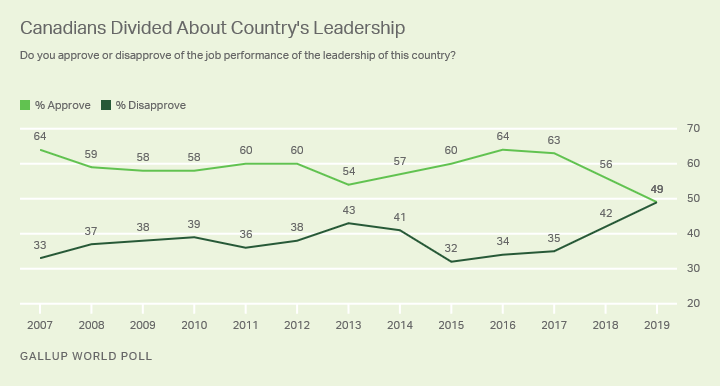 This year's election campaigns have placed considerable focus on questions about how to balance environmental concerns with economic growth. Trudeau's Liberal government took power in October 2015, touting a plan to dramatically reduce greenhouse-gas emissions with a federal carbon tax imposed on provinces that did not already have one or did not meet federal emissions standards.

Canadians' satisfaction with efforts to preserve the environment improved in the two years after Trudeau's election; in 2017, about two-thirds (65%) were satisfied. However, the prime minister's carbon tax program has been bogged down by political infighting and concerns that heavily coal-dependent provinces like Alberta and Saskatchewan will suffer too much economically. Though a federal carbon-pricing program finally took effect in early 2019, Canadians are no longer as optimistic about the country's environmental policy; 50% now say they are satisfied with efforts to preserve the environment, while a similar 49% are dissatisfied. 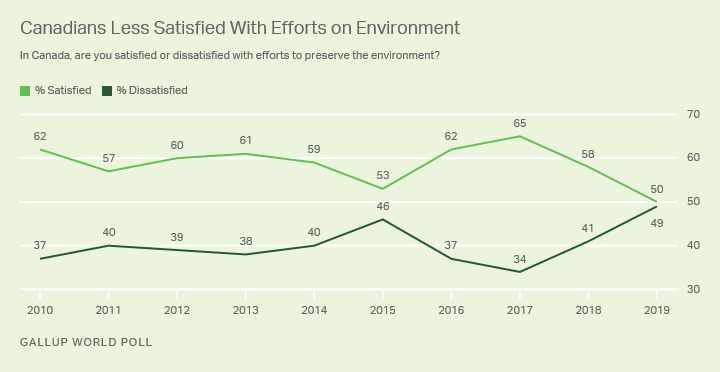 Candidates in this year's elections have also been challenged to balance their rhetoric about environmental policy with attention to "pocketbook" issues of concern to many Canadians. The proportion of adults who say their standard of living is improving has fallen 10 percentage points to 52% in the past two years -- a finding that reflects a recent Ipsos survey showing that, despite the country's strong macroeconomic numbers, many Canadians currently express uncertainty about their personal economic situation. 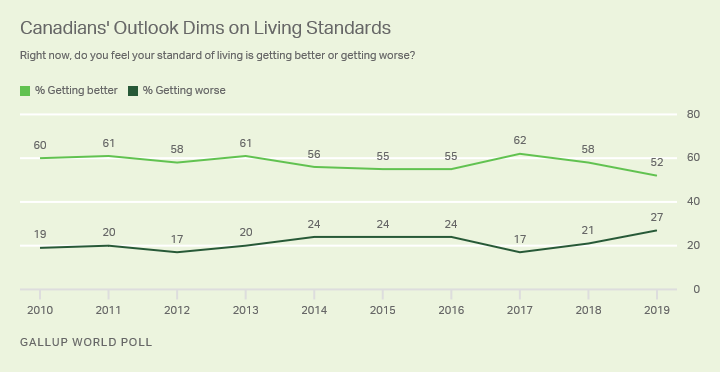 Canadians' waning satisfaction with regard to both environmental efforts and their personal economic situation -- two key election issues -- help explain why Trudeau's Liberal Party has been losing ground to the Conservative Party...