Jesse Felder, the former hedge-funder behind the popular Felder Report blog, says the stock market could be facing a Japan-style slowdown.

Felder warned that we could be in store for “a Nikkei-post-1990-type of scenario,” which led to Japanese stocks trading on the Nikkei NIK, +0.55%[1] lingering more than a third below a peak the index had reached 30 years prior: 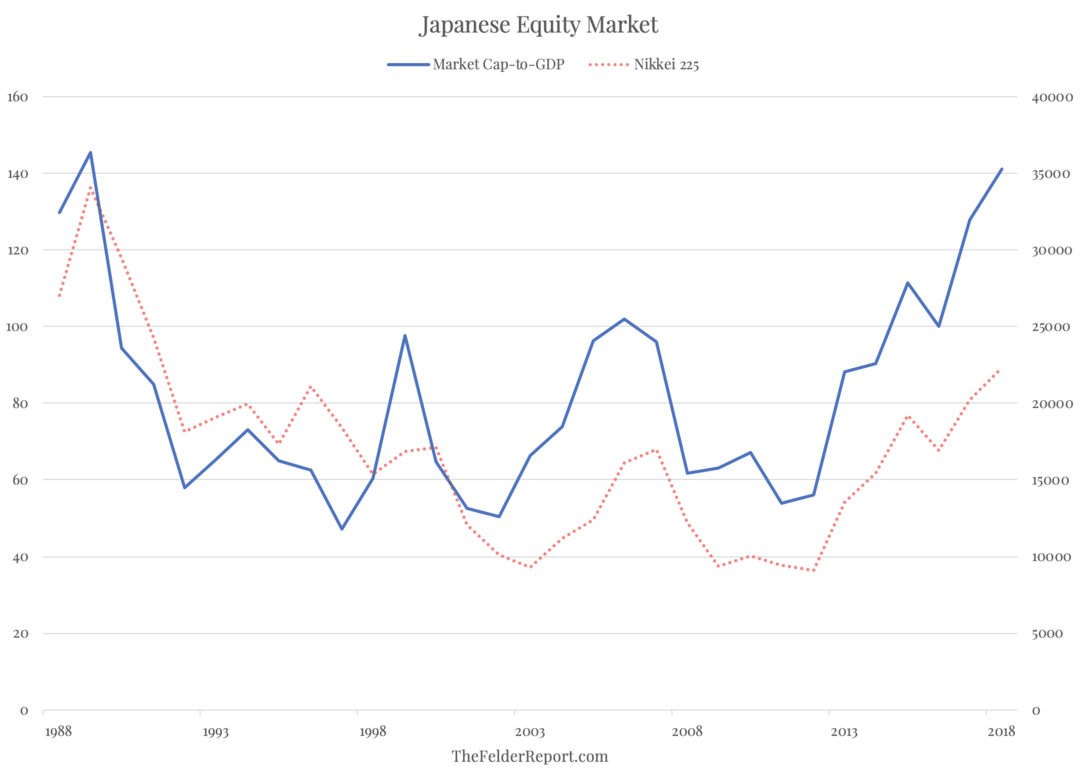 Macroeconomic pundits often reference the protracted period of low-growth and low-inflation environment that began in the early 1990s in Japan — often described as Japanification — as a cautionary tale for the rest of the world. Japan is approaching its fourth consecutive decade of consistently low nominal growth, inflation, and interest rates. Read: El-Erian: How Western economies can avoid the Japan trap of weak growth, disinflation, low interest rates[2]“Is it so hard to believe that, after the U.S. equity market hit 140% of GDP this year [like the Japanese market did in the early 1990s] that the S&P 500 could suffer a similar fate?” Felder wrote. “Of course it is, we’re in the midst of another mania and there is only room for belief in the impossible.”But seriously, a mania in financial markets, he explained, is “marked by excessive enthusiasm that leads to belief in the impossible that allows for a bubble to form.” And, he says, that’s exactly what we’re seeing right now — just like we saw in 2000. “Twenty years ago, the mania that drove prices to bubble territory was the false believe that it didn’t matter what prices investors paid for fast-growing internet stocks,” Felder wrote in a post this week[3]. “So long as they bought in before it was too late they would certainly make a fortune over time.”Today’s mania, however, is driven in part by the notion, he said, that it doesn’t matter what price investors pay for equities via passive funds. “So long as they hold on they will be entitled to the historical rate of return and, if prices ever decline, they will always come back,” Felder said. “Of course, and probably more importantly, there’s also a mania on the part of corporate managements focused on stock buybacks based on the false belief that what’s good for shareholders in the short run is the most important thing.” 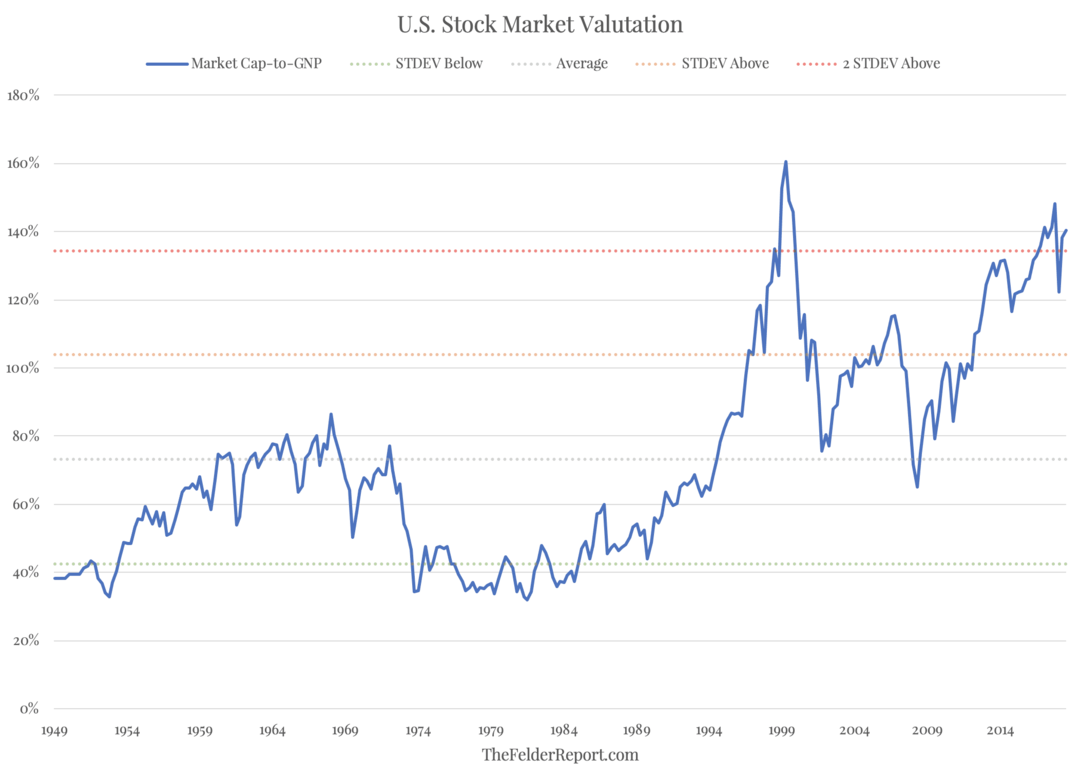 He pointed out that the pervasive “false belief” in 2000 blew up when the Nasdaq-100 plunged by 80% in just 30 months, bringing many of the most popular dot-com stocks down to zero in the process.

“My fear is that for today’s false belief to be disabused it may require a much more protracted decline. in which prices many years from now remain below today’s highs,” he said, adding that stocks don’t always come back from...

More in this category: « Instead Of Buying-Back Billions In Stock, This Is What Boeing Should Have Done Bolton's Revenge: Former National Security Adviser In Contact With Impeachment Panels »