The global economy is paralyzed, now stuck in a low-growth trap where conventional monetary policy by global central banks is less effective than ever before.

The world is on the brink of a global trade recession, week by week, economic data from Asia, Europe, and the US continues to decelerate into the late year. Despite central banks lowering interest rates and expanding balance sheets, nothing at the moment seems to be working to trough global growth.

Former governor of the Bank of England Mervyn King recognizes that the global economic slowdown is happening because monetary policy isn't the answer, and argues that other innovative strategies have to be developed to rebalance the world economy.

"The Great Depression was followed by political upheaval and, in economics, an intellectual revolution. This time around, we've got the political turmoil but no comparable questioning of the ideas underpinning economic policy. That needs to change.

Modern policymakers operate in a world of radical uncertainty. They simply do not know what might happen next — and under these conditions, economic models need to be seen in a new light. The question isn't whether the models are right or wrong, but whether they're helpful or unhelpful. Today, the key features of standard models lead us astray in judging how to get the world economy out of its low-growth trap, and how to prepare for the next financial crisis," King wrote in a recent Bloomberg Opionion peice.

Astonishingly, central bankers always wait until after they quit their job to drop truth bombs about how their destructive policies are leading to the next financial crash. 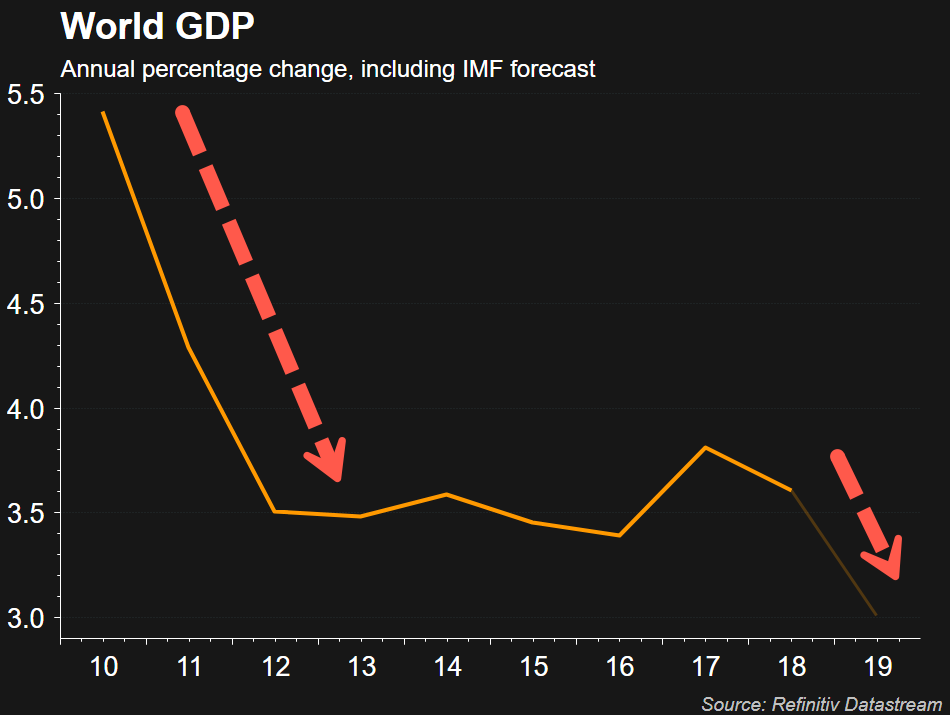 And it's not just one ex-central banker who is sounding the alarm about monetary policy's inability to save the world from the next financial crisis, Greece's former finance head Yanis Varoufakis told CNBC last week that the European Central Bank's (ECB) bond-buying program is no longer enough to save the Eurozone from a collapse.

"QE, the way it has been restructured resembles an antibiotic that has stopped working because the bacteria have grown adapted to it," Varoufakis said.

A former economist at the ECB, Otmar Issing, told CNBC on Wednesday that the bond-buying program has "no positive effects anymore, but only negative effects."

Varoufakis said the ECB needs to develop new policy tools because the ones currently deployed won't save the Eurozone from a recession.

The ECB first unveiled its bond-buying program in 2015, which led to a partial recovery through mid-2018. But with too much debt and no innovation in monetary policy, the ECB, along with other central bankers and their respected countries across the world, have entered a period where toolkits might not be able to ward off the next crisis. ...

More in this category: « ‘Mattress Mack’ says he lost $13 million betting on the Houston Astros. Silver lining? The attention he got was worth $8.6 million for his store Seeing America again through new eyes »