In a show trial where several life sentences (and one suspended death sentence) were handed down, A Chinese court in Xingtai sentenced three citizens to the maximum punishment for smuggling fentanyl to the US.

It's one of the most high-profile drug prosecutions in China. President Trump has repeatedly insisted that Beijing must do more to curb the flow of fentanyl to the US. Liu Yong, one of the men sentenced, received death with a two-year reprieve, which means his sentence will likely be converted to life without the possibility of parole (assuming he shows good behavior in the ensuing two years). 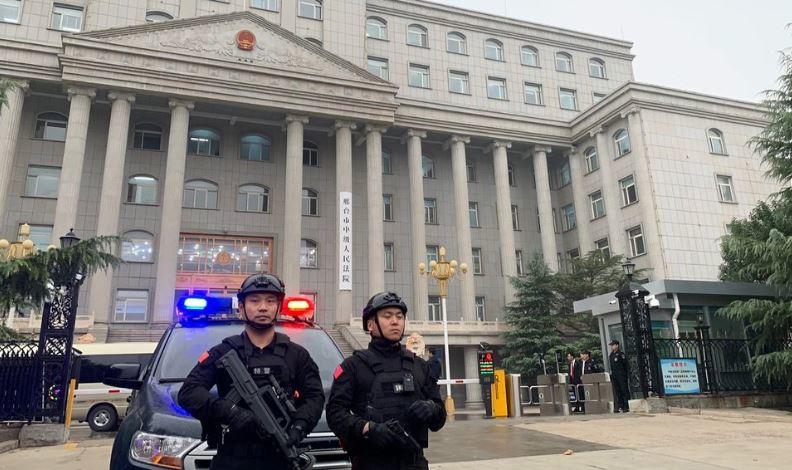 Six others involved with the smuggling ring were sentenced to jail terms of between six months and two years. According to Bloomberg, the convictions are the first to arise from a joint investigation between the US and China. Earlier this week, Beijing announced its plans for the press conference. The smuggling ring was allegedly founded in 2016.

The big sentences are likely a factor of the politically sensitive nature of the case, since appeasing the US on the issue of fentanyl enforcement could give China some more leverage. Interestingly enough, China has managed to balance its need to appease Trump with its insistence that it's not the main source of illicit fentanyl flowing into the US via Mexico.

White House trade adviser Peter Navarro believes China's fentanyl distribution is one of its "seven deadly sins" that must be addressed before any trade deal can be signed.

An American official from the Department of Homeland Security was present and spoke at the event, as did Yu Haibing, deputy Secretary General of the China National Narcotics Control Commission. Yu stressed that the sentences were within the norms of China's strict anti-drug laws, and that the information provided by the US during the course of the investigation had been "limited".

The investigation reportedly began with a phone number provided to Chinese authorities by the Guangzhou office of the US Department of Homeland Security's Immigration and Customs Enforcement.

More than 20 suspects were captured or investigated and the police cracked down on one fentanyl manufacturing base.

Still, deaths in the US from fentanyl have continued to rise....

Read 249 times
Tweet
Published in Economics
More in this category: « Fed’s Evans: Economy might not need any more interest rate cuts Why a surtax on multimillionaires’ income is better than a wealth tax »
back to top