As yields soar optimistically around the world, pushing negative-yielding debt below $12 trillion - the lowest since June, but hey, it's still $12,000,000,000,000 of insanity, central-planners' incessant meddling with global markets has sparked another WTF-moment in capital market history.

A mere twelve trillion dollars worth of nonsense debt remains... 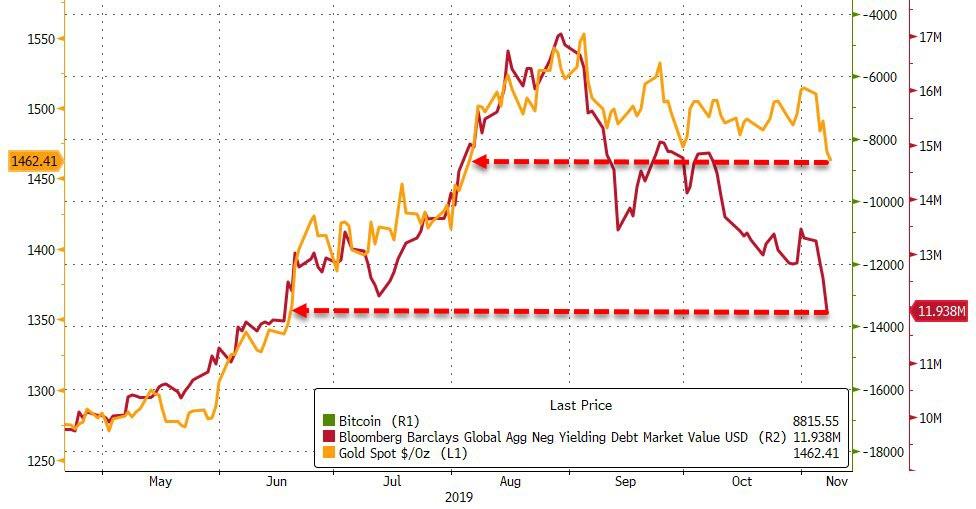 And, as The FT reports, for the first time since 2008, Greece has lost the dubious distinction of being the riskiest government borrower in the eurozone after its bond yields dipped below Italy's... 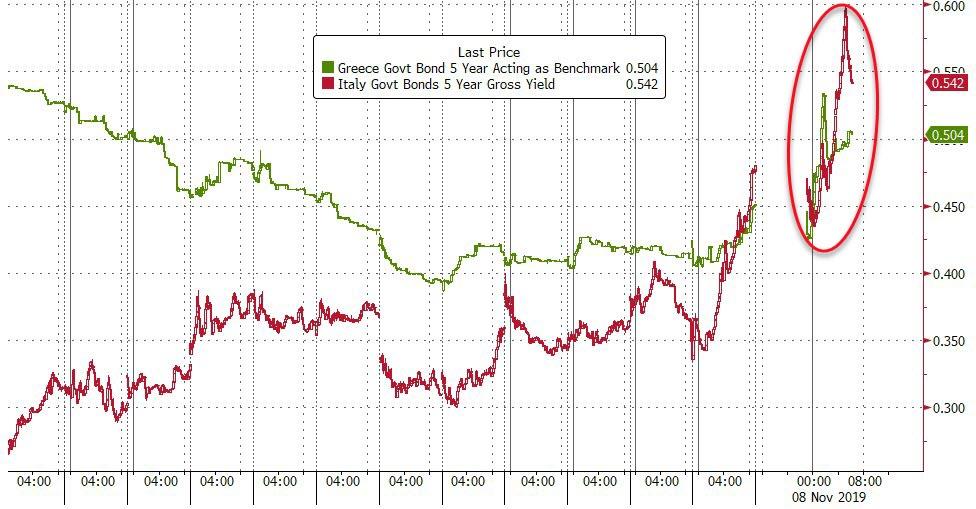 As FT notes,  the small size of Greece’s bond market - much of its enormous debt load is in the form of low interest loans to the EU and IMF following a series of bailouts - means there is less immediate pressure on government finances compared with Italy, which relies solely on markets to refinance its own huge debt pile.

“We still hold some Greek bonds based on our view that the economy has bottomed,” said Chris Jeffery, a fixed-income strategist at Legal & General Investment Management.

“But much more important is the debt structure. There are very few cash flow requirements for the next five years. With Italy, you always have the rollover risk.” 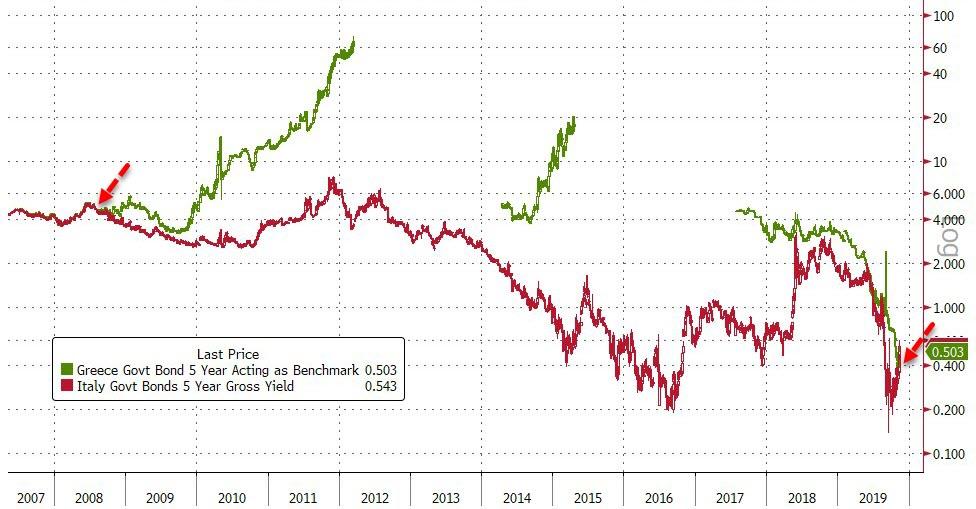 Finally, as the chart above shows, Italian debt has also performed strongly during the summer's global bond rally, but some investors remain wary due to the effects of last year's political tensions.

However, the real fear - that of Euro redenomination - has now switched from Italy to Spain... 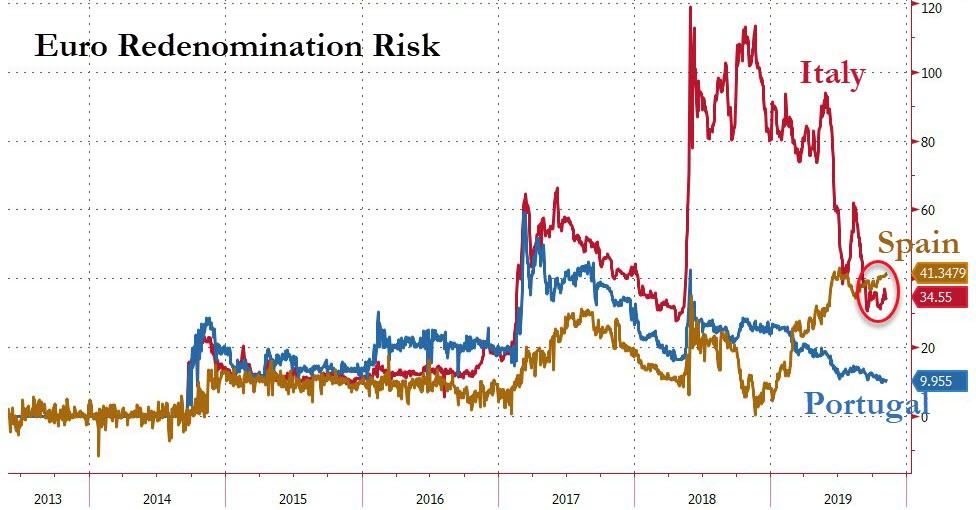 Although S&P rates its debt several notches higher than Greece’s, Italy has a negative outlook on the rating (but is still investment grade), but given the chart above, we suggest all eyes should be focused on Spain for now for the next round of EU fireworks.

Of course, with Lagarde sure that negative-rates are a good thing, who knows where the next bank-bomb lies....

Read 258 times
Tweet
Published in Economics
More in this category: « Drake is trying to trademark Canada’s pot warning label, and may be in for a fight "Not"-QE, But "Definite" Asset Inflation »
back to top