This gaffe is doing some good.

While holding a rally in Boca Raton, Fla. on Tuesday night, President Trump started to say that the U.S. set another stock market record — but “stock market” came out somewhat garbled as “sock rocket.”

Naturally, social media had a field day with this slip of the tongue, and #sockrocket began trending on Twitter TWTR, +0.53%[1]  overnight.

But this has become more than just another irreverent hashtag.

Turns out, Sock Rocket[2] is an actual, three-year-old Canadian social enterprise that designs and sells funky, printed socks (about $10 USD a pair) and monthly sock subscriptions (roughly $10 to $19 USD).

And for every pair that is purchased, the company donates another three pairs to Canadian charities like Kits For A Cause and United Way Centraide Canada that collect clothing for people in need.

So when owner Tommy Zizian learned that “sock rocket” was trending online on Tuesday night, he decided to take advantage of the name’s 15 minutes of fame to promote the family enterprise that he runs with his brother and his wife.

“I just figured it was a good opportunity to throw a little tweet out … and it took off from there,” Zizian told MarketWatch, adding that he was up all night monitoring the brand’s Twitter account and filling orders. ... 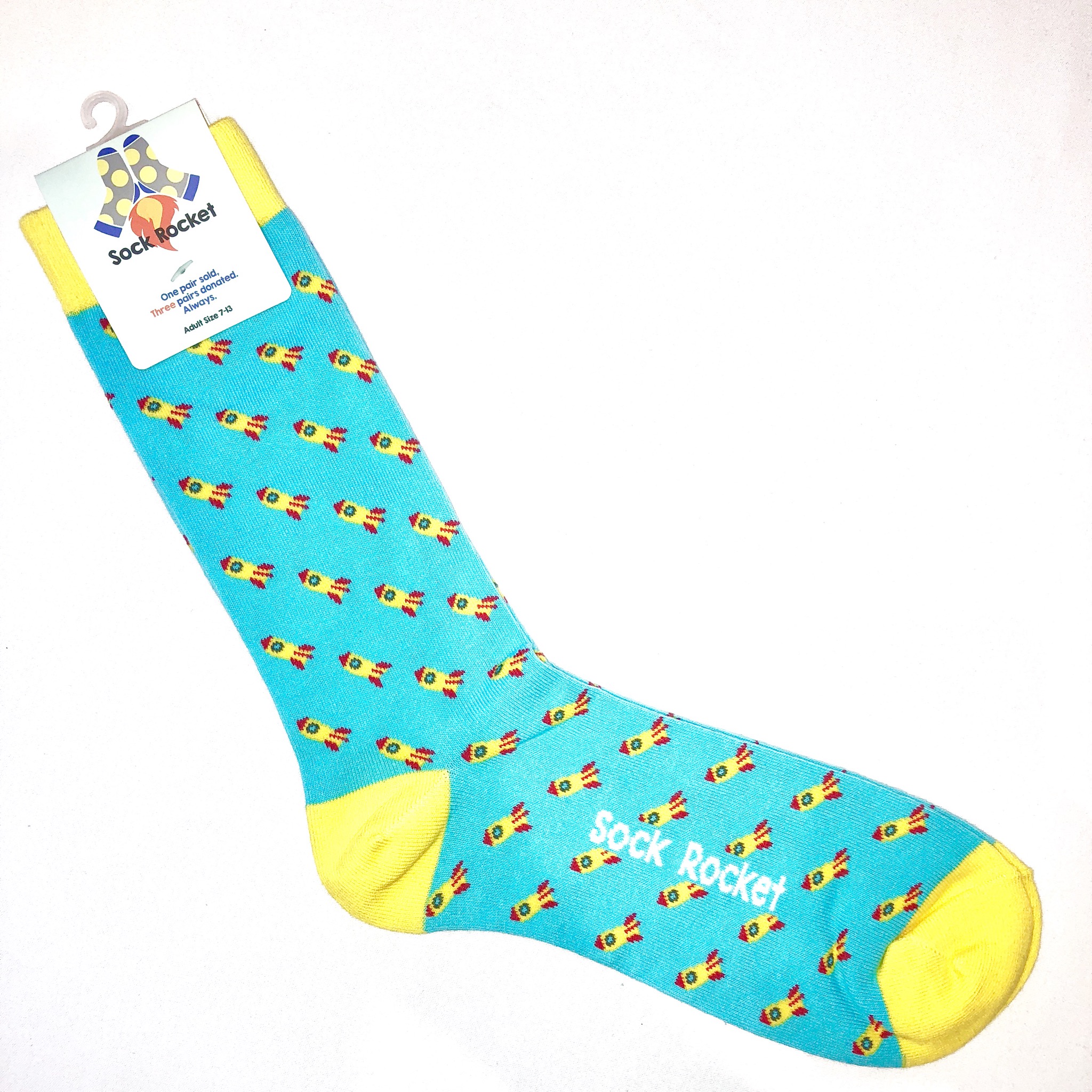 Sock Rocket
“We’re a small company, and what we put out there in the world is quite wholesome … so it was actually quite a difficult decision to lean into what was happening there,” he admitted. “We’re not about being political, and we don’t want to anger anyone in the process. We’re just here to prove to the business community that it’s possible to be profitable and socially responsible at the same time.” But since this was an innocent mistake on Trump’s part, and people were mostly making jokes about it, Zizian decided to fire off a couple of good-humored tweets, including one that tagged Trump’s official Twitter account and asked POTUS to “buy some damn socks.” That post was retweeted more than 100 times, and got 400 likes. Reactions have included comments like, “Probably the only good thing [Trump’s] done is inadvertently make me aware of you guys,” as well as users claiming to have looked up the site and purchased socks. Indeed, Zizian told MarketWatch that their small Twitter following spiked from maybe 40 people on Tuesday night to 182 and counting on Wednesday morning. Their enterprise is still growing; while he declined to give exact figures, Zizian said Sock Rocket is profitable, and has seen its revenues double year-over-year for the past two years. They’ve generally done a modest five or six sales a day, on

Read 580 times
Tweet
Published in Economics
More in this category: « Poland Repatriates 100 Tons Of Gold In "Symbol Of Strength Further The Zombie Stock Market Bubble »
back to top