In a bid to end the massive welfare state, the Trump administration is expected to announce new measures Wednesday that would end food stamp benefits for nearly 750,000 low-income folks. The new rules will make it difficult for "states to gain waivers from a requirement that beneficiaries work or participate in a vocational training program," according to Bloomberg sources.

Republicans have long attempted to abolish the welfare state, claiming that the redistribution of wealth for poor people keeps them in a state of perpetual poverty. They also claim the welfare state is a system of command and control and has been used by Democrats for decades as a political weapon against conservatives, hence why most inner cities vote Democrat.

House Republicans tried to cut parts of the federal food assistance program last year, but it was quickly rejected in the Senate.

The new requirements by the Trump administration would only target "able-bodied" recipients who aren't caring for children under six.

Sources said the measure would be one of three enacted by the Trump administration to wind down the massive federal food assistance program.

The measures are expected to boot nearly 3.7 million recipients from the Supplemental Nutrition Assistance Program (SNAP). Though it comes at a time when employment is in a downturn, manufacturing has stumbled into a recession, and the US economy could be entering a mild recession in the year ahead. 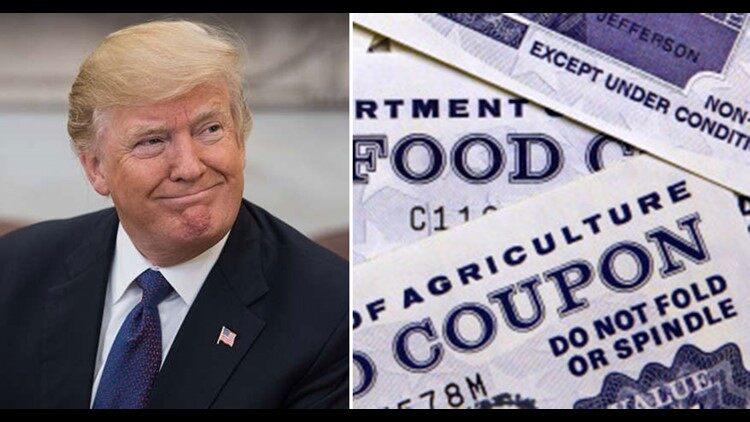 As to why President Trump wants hundreds of thousands of low-income folks off SNAP ahead of an election year while the economy is rapidly decelerating could be an administrative error that may lead to social instabilities in specific regions that will be affected the hardest. Then again, no turmoil could come out of it, and it's hailed as a success during the election year.

The Department of Agriculture estimates that the new measures could save the agency $1.1 billion in year one, and $7.9 billion by year five.

Nearly 36.4 million Americans in the "greatest economy ever" are on food stamps. At least half of all Americans have low-wage jobs, barely enough to cover living expenses, nevertheless, service their credit cards with record-high interest rates.

The economy as a whole is undergoing profound structural changes with automation and artificial intelligence. Tens of millions of jobs will be lost by 2030. It's likely the collision of these forces means the welfare state is going nowhere and will only grow in size when the next recession strikes.

Cutting food stamps for low-income folks is the right move into creating a more leaner government, but there are severe social implications that could be triggered if the new measures are passed.

And while President Trump wants to slash the welfare state for poor people, his supply-side policies and bailouts of corporate America have been record-setting in some respects.

More in this category: « Happy hour can wait — This simple trading strategy has been a big winner Dow climbs amid renewed U.S.-China trade-talk optimism »