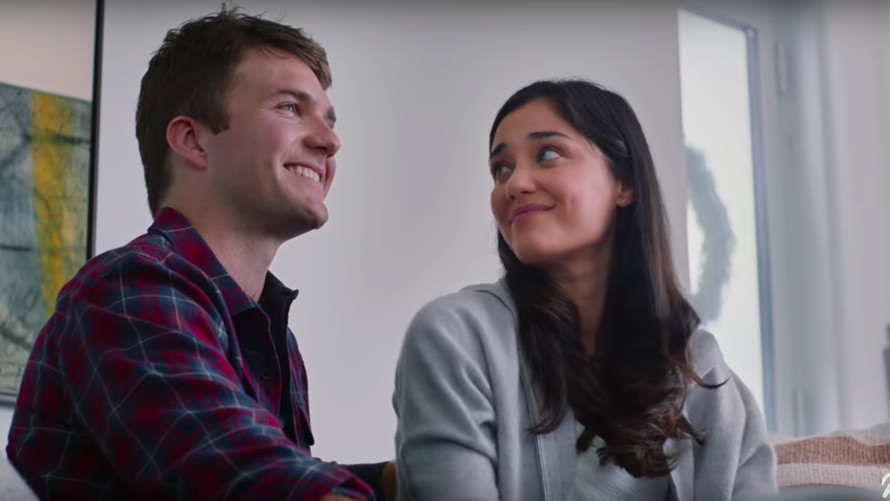 A dream gig and breakout role for one aspiring actor has turned into a PR nightmare.

The 30-second clip sees the woman — already skinny to begin with — documenting her year-long fitness journey in selfie mode, before playing a compilation of her workout videos for her husband. The woman appears anxious throughout the ad, including when she looks up at her man for approval at the end.

Read more: Peloton says it’s ‘disappointed’ by how its viral ad was ‘misinterpreted’[4]

But the “Peloton husband” is actually an aspiring actor and elementary school teacher named Sean Hunter, who lives in Vancouver, Canada. And now he’s afraid that his big break may break both of his careers.

He tells Psychology Today[5] that while the commercial was well-received by his friends and family at first, they began backpedaling once the backlash hit the fan.

“A few comments from my friends came in and the overall consensus was that it was awesome, one even mentioning, ‘I always knew you would make the big time,’” he says. “But a few days ago, that all changed.”

As the commercial racked up several thousand “thumbs down” votes, and social media and news outlets began criticizing the video, he says that his friends suddenly grew silent. Well, except for the one that texted him to say that he’d become “a symbol of the patriarchy.” He’s also become a meme.

Many of the complaints against the ad targeted his character in particular, such as one viral tweet[6] that said, “Absolutely 100% chance that the husband in the Peloton ad is abusive.”

Vice writer Katie Way added[7], “She would rather be anywhere else in the world than here, in her glacial home with the husband she loathes.”

Filming the commercial had been “a wonderful time,” Hunter said, and his acting coach gave him positive notes for his performance — but now he fears the repercussions from becoming one...