The “fattest state” in the country[1] also sounds like a pretty great place to go out to pasture, if getting the biggest bang for your retirement buck is the priority.

According to BLS data cited by cost-estimating website HowMuch.net, Mississippi, at $617,661 in savings needed, is the most affordable state to spend your golden years. The average across the U.S. comes in at $904,452.

Of course, there are drawbacks to riding it out in Mississippi.

Along with the “fattest” crown, for instance, the Magnolia State also has the dubious distinction of the lowest life expectancy at 74.5 years. On the flip side, Hawaii, which is the most expensive place to retire, comes in at 81.5 years, the highest. The average life expectancy nationwide is 78.6 years.

HowMuch.net created this map[2] to illustrate the findings:... 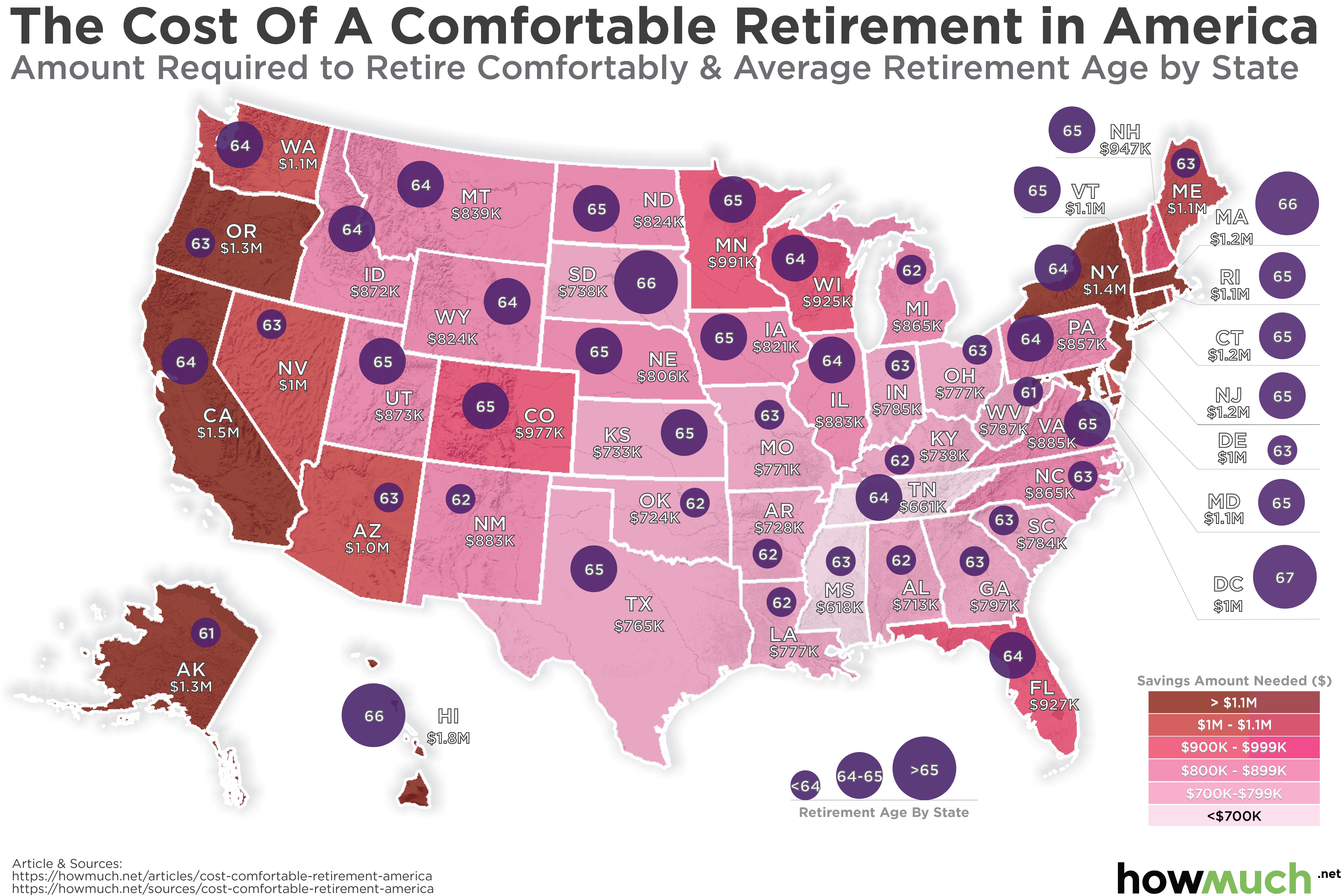 As you can see, each state is colored a shade of pink — the darker the shade, the higher the savings needed for retirement. Each state also has a purple circle with a size corresponding to the average retirement age in that state.The average yearly expenses across the country for someone over the age of 65 is $51,624, but that figure comes in at $44,758 in the low-cost-of-living Mississippi and a whopping $99,170 on the other end of the spectrum in the Aloha State. ‘To account for a “comfortable retirement,” HowMuch.net added an extra 20% on those expenses, and then adjusted by each state’s cost of living index.“Regardless of where they live, most Americans are not saving enough in order to fund their retirement,” HowMuch.net’s Juan Carlos wrote. Read: Americans are unprepared for retirement — here’s how to fix that[3] References^“fattest state” in the country (wallethub.com)^created this map (howmuch.net)^Americans are unprepared for retirement — here’s how to fix that (www.marketwatch.com)