The Internet Party One citizen... one vote... zero government interference.
updated 9:46 PM, Aug 8, 2020 UTC
Headlines:
'This already exists': Democrats seize on potential : Democrats pounced on President Trump’s announcement Friday that he may sign an e
Hillary Clinton roasts New York Times columnist over: It's only been four years since Hillary Clinton ran for president, but New York Ti
The Tell: Stock-market expert sees a ‘monstrous’: The best start to an August for the stock market in years might get even better, a
PPP application window closes after coronavirus talk: The application window for a small business aid program is closing at the end of t
Future is Bright for House Democrats: By Nathan L. Gonzales & Jacob Rubashkin After losing 40 seats and the House majori
"It's Very Apocalyptic": Workers Return To Untouched: "It's Very Apocalyptic": Workers Return To Untouched Office 'Time-Capsules' 4 Mont

Rarely does a record high go unnoticed by the White House.

That should sound familiar by now. According to TrumpTwitterArchive.com[1], the president has tweeted about the “stock market” at least 117 times. Whenever there’s a big move, it seems that Trump is there to tie it to his policies and oftentimes to use it to hammer away at his rivals:

But is the relentless bull market really that helpful to Trump’s cause?

As you can see from this chart, a recent poll of likely voters from the Financial Times[2] shows that 61% of Americans believe that the stock market’s rally has had little or no impact on their finances.... 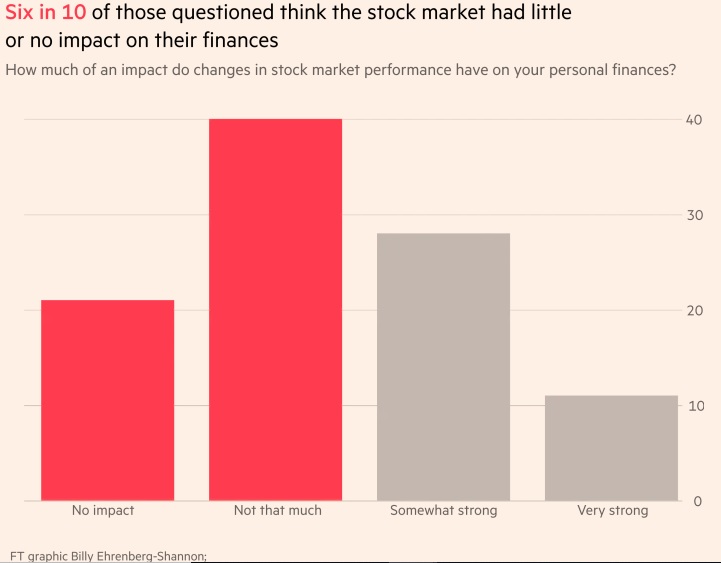 The survey also suggests that most Americans have no idea what’s happening on Wall Street, with just over 40% of respondents saying they are aware the stock market has increased in value since the beginning of the year. Furthermore, only 32% of those polled said they are better off now, financially, than they were before Trump’s inauguration, while 31% said they’re worse off and 37% said they’re about the same. The FT explained that the survey findings are part of the monthly FT-Peterson U.S. Economic Monitor, which tracks voter sentiment towards the U.S. economy in the run-up to the 2020 election. The latest survey was conducted by two polling groups — one Democratic and one Republican.Don’t expect a markets-related tweet from Trump’s Twitter TWTR, +1.06%[3] feed on Monday, with the Dow Jones Industrial Average DJIA, -0.26%[4], Nasdaq COMP, -0.16%[5] and S&P 500 index SPX, -0.16%[6] all losing ground.Well, maybe one:References^TrumpTwitterArchive.com (trumptwitterarchive.com)^a recent poll of likely voters from the Financial Times (www.ft.com)^TWTR, +1.06% (www.marketwatch.com)^DJIA, -0.26% (www.marketwatch.com)^COMP, -0.16% (www.marketwatch.com)^SPX, -0.16% (www.marketwatch.com)