At the Handelsblatt industrial summit on Friday, Chinese ambassador to Germany Ken Wu told ex-Foreign Minister Sigmar Gabriel that if Germany excludes Huawei 5G from its communication networks, then China could "declare German cars unsafe" for its domestic market.

"It is important to the Chinese government that Chinese companies in Germany are treated the same as others, without discrimination. If the German government made a decision that led to the exclusion of Huawei from the German market, it will have consequences - the Chinese government will not stand idly by. See, last year, 28 million cars were sold in China, 7 million of those were German. Can we just declare German cars unsafe, because we can make our own cars? No, that would be pure protectionism," Wu said at Handelsblatt. 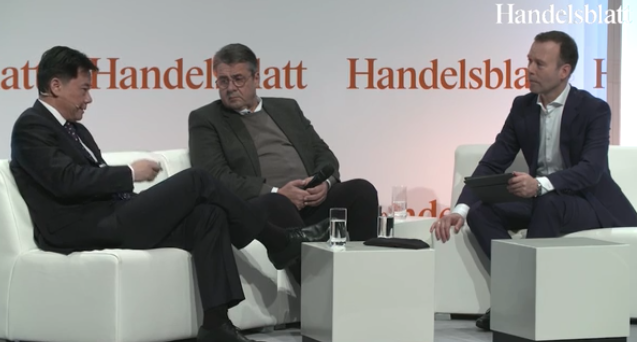 Angela Merkel has been under intense pressure as lawmakers in the country could agree on a bill that would exclude Huawei from the country's 5G mobile network.

The Financial Times, who examined a copy of the bill, said the measure states Germany is at "risk of state influence without constitutional control, manipulation or espionage." It says Huawei should be designated as "untrustworthy" and "excluded from both the core and peripheral networks."

A lot of the pressure to pass the bill is coming from Washington and senior officials in Germany's intelligence agencies that want to see Huawei banned from European networks.

If the bill was passed into law, as described by Wu on Friday, there's a massive risk that China could cripple Germany's manufacturing industry by banning Audi, BMW, Mercedes, Porsche, and VW.

It seems that Germany and other major Western democracies are attempting to stand up to China and demand that Huawei is becoming a national security threat. Though to do this, Western countries need strong economies to absorb trade shocks of countermeasures that the Chinese could respond with.

Europe is teetering with zero growth and negative interest rate rates with monetary policy widely unable to revive the regional economy. As for the US, the economy is treading along with a manufacturing recession as the overall economy decelerates -- making the economic war against China harder than previously thought.

China's tactics of threatening countries to use Huawei 5G equipment or else -- was recently seen on Denmark's tiny self-governing archipelago of the Faroe Islands. Beijing told local officials that if it didn't roll out Huawei 5G, it would dismantle a free trade agreement between both countries.

In a separate situation, but completely relevant as the world continues to stumble into uncertain times, China has retaliated for the US' trade war by ordering all public companies to replace computers made by Dell, HP, and Microsoft.

The trend at play is that Western companies could be shut out of the world's biggest market if they don't comply with China's requests for using their...

Read 290 times
Tweet
Published in Economics
More in this category: « Canada Goose’s jackets are getting marked down for the holidays How to give more than lip service to people who are homeless this holiday season »
back to top