While pondering the current economy that is becoming more of a conundrum every day, I stumbled upon an analogy I would like to share. The global economy is like a giant "Rube Goldberg" machine. It is a ridiculously complicated contraption built to perform what should normally be a simple task. Rube Goldberg machines often mimic the real world in that they are goal-oriented with many parts coming together to complete a task. 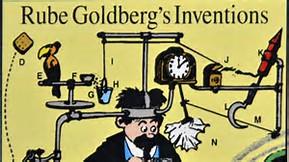 In the real world, things are usually not intentionally designed to be complicated but the reality is that they just are. It is an understatement to say the global financial system is not a well-oiled machine. More often than we would like to admit various systems and parts are thrown or "cobbled together" in a haphazard way to get the job done. We tend to try and explain events in terms of cause and effect but in doing so the bigger picture has a way of getting lost. Often hidden away is the nature of the risk that results from complexity and systems becoming codependent upon others. Bestselling author Nassim Taleb who wrote, "The Black Swan" detailed in his book how when something is highly complicated highly improbable and unpredictable events can and do occur.

Some of this is playing out right now and can be seen in the Fed's key reversal in policy. In an effort to avoid a crisis the Fed has been forced to deal with a liquidity issue in repo rates since a sudden and dramatic surge began in September. While it is difficult to see the difference between QE and an injection aimed at maintaining liquidity, in this case, several reasons exist to believe this is not QE but something far more disturbing. While many of us predicted central banks had painted themselves into a corner and would never be able to bring down their balance sheets this could be considered as proof. Still, how this will play out is yet to be seen.

History shows we often have no idea what is driving events until long after they have transpired and even then the picture is blurred by interpretation. The lens by which we peer at events is firmly controlled by those with an agenda. Even when control occasionally slips from their grasp such as when Donald J. Trump was elected President of America that does not mean the puppet masters have surrendered power it merely represents a temporary lapse in their dominance. An effort to be realistic brings us back to the fact that government, big business, and mainstream media hold the cards and control. With this in mind, it is disturbing to look at the individuals leading these various factions, such a look gives me little reason for faith or calm. 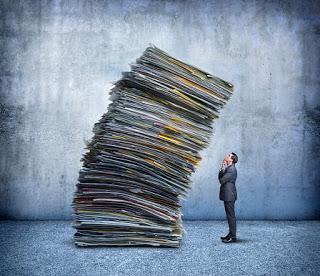 The Direction In Which Things Fall Does Matter

More in this category: « These 2 stocks dominated S&P 500 returns in 2019 — and the decade Don’t laugh, here’s why the ‘great rotation’ from bonds to stocks could finally happen in 2020 »