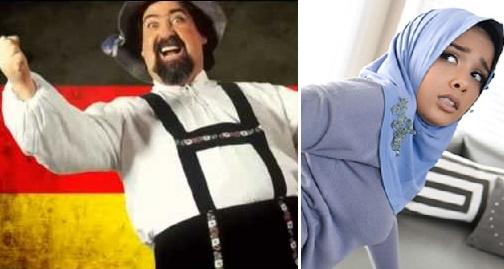 According to the report "the headwear often stays on even when all the other garments have been taken off."

The majority of refugee porn titles depict female protagonists in subjugated roles, who are often made to look like they have Middle Eastern origins. In explicit scenes, they are often shown as being dominated sexually by white males. A main feature in many of these adult film productions is the wearing of the hijab — the Islamic head covering used by many Muslim women; the religious headwear is frequently fetishized as a symbol representing female migrants as a whole, and only in the rarest of cases is it taken off at all — even if all other garments have been removed in the depicted scenes.

"(Pornography) is the public face...

Read 313 times
Tweet
Published in Economics
More in this category: « Casper Sleep’s IPO expected to test appetite for loss-making unicorns 10 tips for retirees who want to start their own business »
back to top