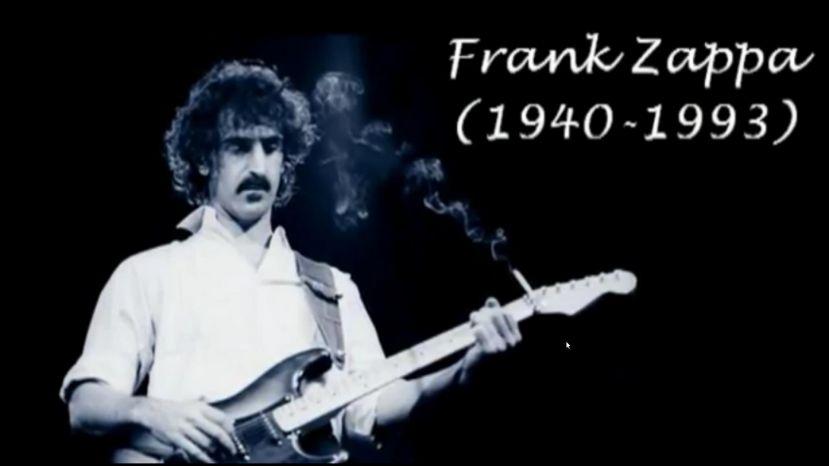 In 1965 Frank Zappa wrote the song "Trouble Comin' Every Day" after watching news coverage of the Watts Riots. His lyrics are still relevant to this day. The song first appeared on "Freak Out" the debut album of The Mothers Of Invention. It has been re-recorded several times over the years with little change in its powerful message. The lyrics read like a news story right out of the riots that have swept the country in 2020. Frank may be gone now, but his genius lives on.

Well I'm about to get upset from watchin' my TV
Been checkin' out the news until my eyeballs fail to see
I mean they say that every day is just another rotten mess
And when it's gonna change, my friends is anybody's guess

Wednesday I watched the riot... I seen the cops out on the street
Watched 'em throwin' rocks and stuff and chokin' in the heat
Listened to reports about the whiskey passin' 'round
Seen the smoke & fire and the market burnin' down
Watched while everybody on his street would take a turn
To stomp and smash and bash and crash and slash and bust and burn

Well you can cool it, you can heat it...
'Cause, baby, I don't need it take your TV tube and eat it
'N all that phony stuff on sports 'n all those unconfirmed reports
You know I watched that rotten box until my head began to hurt
From checkin' out the way the newsmen say they get the dirt
Before the guys on channel so-and-so and further they assert
That any show they'll interrupt to bring you news if it comes up
They say that if the place blows up they'll be the first to tell
Because the boys they got downtown are workin' hard and doin' swell
And if anybody gets the news before it hits the street
They say that no one blabs it faster their coverage can't be beat
And if another woman driver gets machine-gunned from her seat
They'll send some joker with a brownie and you'll see it all complete

Well, I seen the fires burnin' and the local people turnin'
On the merchants and the shops who used to sell their brooms and mops
And every other household item watched the mob just turn and bite 'em
And they say it served 'em right because a few of them were white
And it's the same across the nation black and white discrimination
They're yellin' "You can't understand me!" and all the other crap they hand me
In the papers and TV 'n all that mass stupidity
That seems to grow more every day each time you hear some nitwit say
He wants to go and do you in because the color of your skin
Just don't appeal to him (no matter if it's black or white)
Because he's out for blood tonight

More in this category: « Israeli Lessons For Mass Shootings Millions Trust Ancestry.com With Their Genetic Code: What Could Go Wrong? »