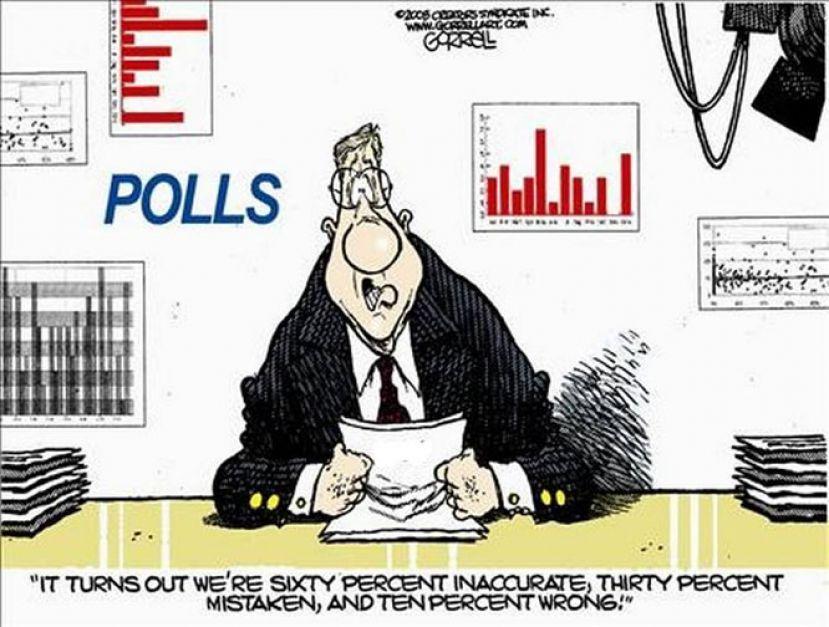 Americans tell pollsters that they want tougher gun laws and legal status for illegal immigrants who came here as minors - the so-called Dreamers. So why haven't such laws been enacted?

Catherine Rampell writes in The Washington Post that it's a mistake to blame "Washington dysfunction." The real culprits, she says, are Republican politicians who are out of step with public opinion, even among Republican voters.

She stacks the deck a little in making her case. It's not just Republicans who defeated a proposed ban on assault weapons in 2013. Sixteen Democrats (counting Angus King of Maine, an independent who caucuses with the Democrats) joined them in voting it down. It's misleading to say that Republicans have made it easier for people "with mental illness" to buy guns; as the ACLU pointed out, the regulation in question concerned people who have a mental impairment that leads them to have others help them manage their government benefits.

Rampell's reference to "NRA-funded Republican politicians" implies that the group's clout comes mainly from its donations, when most people who have looked at the question think its sympathizers' votes are more important.

These are quibbles. Rampell's basic observation is correct: There does seem to be a disconnect between several poll findings and the behavior of Republican politicians. But the explanation may lie in the limitations of polling as a guide to what the public really thinks.

Start with immigration. Rampell cites a Quinnipiac poll that found that 81 percent of respondents, including 68 percent of Republicans, favor "allowing undocumented immigrants who were brought to the U.S. as children to remain in the United States and eventually apply for citizenship."

That's probably why most Republican politicians, including President Donald Trump, say that they favor it too. But Trump says he wants a law that provides for that amnesty and also makes other changes to immigration laws. It's disagreement over what a deal should include that has so far prevented action.

Does the public think that the amnesty should be passed on its own, or combined with some or all of Trump's immigration priorities? The Quinnipiac poll didn't ask. Other pollsters haven't either, probably because it is implausible that most people have an opinion at that level of detail. But the Harvard-Harris poll asked registered voters if they favor a deal that combined an amnesty with some Trump proposals, including an end to the diversity-lottery visa. It found 63 percent approval.

Quinnipiac has also found that 95 percent of respondents support "requiring background checks for all gun buyers." As Rampell points out, that includes huge majorities of Republican voters.

But that poll wording leaves out the causes of controversy: whether private gun sales and gifts should be covered, and whether the checks should be used to form a registry. When the arguments have been aired in referendums, expanded background checks have not generated that nearly universal support. Washington State passed a background-check law with 60 percent of the vote, Nevada with a razor-thin 50.45 percent majority. In Maine, a background-check referendum narrowly lost with 48 percent of the vote.

Rampell cites an NPR/Ipsos poll finding that roughly 80 percent of Americans want to ban "assault-style weapons," a number that again includes most Republicans. But polls on this question have been all over the place. Gallup, the CBS News poll and the Washington Post-ABC News poll all found 48 percent to 50 percent support for banning assault weapons; Quinnipiac found 67 percent.

Polling is useful. We can confidently say that the vast majority of Americans want to let people who came here illegally as minors stay and apply for citizenship, because that's what the polls consistently tell us. But seeing poll results can lead us to overestimate how firm a lot of people's views really are.

My point isn't to let Republicans off the hook. If you favor more stringent regulation of guns or passing an amnesty for the Dreamers with nothing else attached, nothing I've written here is meant to change your mind. But if you're angry at Republicans over these issues, you shouldn't be angry at them for failing to follow public opinion. You should be angry at them for failing to lead the country in the right direction.

More in this category: « There's nothing wrong with a census question about citizenship Dems Fall Into the Monica Lewinsky Trap »