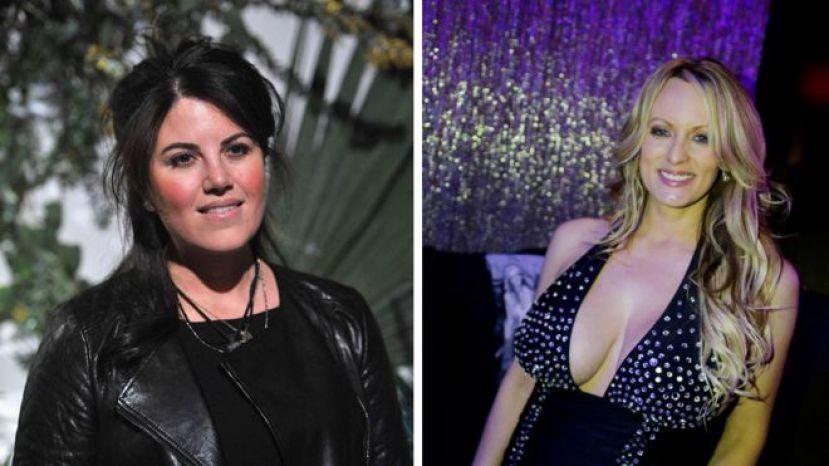 In the Congressional elections of 1998, the Republicans failed to gain seats in either house despite the historic advantage that the out-of-power party normally enjoys in the sixth year of a two-term incumbent's presidency. Now, in 2018, the Democrats are making exactly the same mistake... and will likely have the same result.

The names have changed. Instead of Kenneth Starr, we have Robert Mueller. Monica Lewinsky has been replaced by Stormy Daniels. And the part of the offender, once played by Bill Clinton is now performed by Donald Trump.

But in 2018 as in 1998, the public knows better and is disgusted by the Democratic tendency to wallow in this sex scandal even as President Trump addresses America's problems.

Since L'Affaire Daniels has captured the heart of the liberal media, Trump's job approval has risen from 41 percent on April 23 to 44.4 percent now. And, overall since December, it has risen from 37 percent.

More impressively, the Reuters-Ipsos Poll reports that more than 50 percent of the voters rate his performance approvingly on employment and jobs (59 percent), the economy (57 percent), defeating ISIS (58 percent), taxes (52 percent) and immigration (50 percent). So while the Democrats talk only about Stormy, Trump is putting real gains on the board.

The Democrats are acting like they have nothing else to talk about. They have bet all their marbles on Mueller and his probe and on Stormy Daniels. They just do not seem to realize that, however glittering the headlines may be, and however titillating the storyline may appear, the Daniels scandal is just not a credible basis for a party to use in winning an election. Its fool's gold.

About the Author: Dick Morris, who served as adviser to former Sen. Trent Lott (R-Miss.) and former President Clinton, is the author of 16 books, including his latest, Screwed and Here Come the Black Helicopters.

More in this category: « How polls mislead on guns and immigration Pepe Escobar Covers The World: From 'New York Aristocracy' To The End Of America's Hegemony »