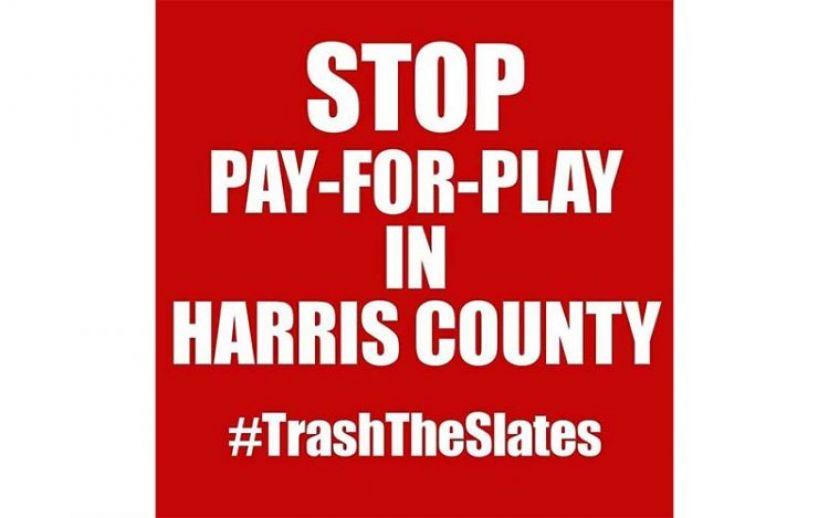 There are two general types of mailers: those that are sent by non-profit groups; and those that are essentially for-profit advertisements paid for by the endorsed candidates. These latter mailers have become a scourge on primaries throughout the country.

As we have expanded the total number of slates in order to dilute the impact of three slates which many of us thought had excessive influence on voters, it has become readily apparent that all we managed to do was to add to voter confusion. And frankly, most of the additional slates are not going to win any type of award for the purity of their slates vs. the “Big 3” slates that we focused on. In fact, if you ask me, about all we managed to do was to drive up the total amount of money spent on elections. Which makes 2 of the Big 3 slates very happy indeed. I say 2 of 3 because Dr. Hotze puts his own money in the game and doesn’t profit personally.

So I’m all in on this campaign:

GOP voters in Harris County are tired of a few wealthy regional kingmakers undermining the efforts of the grassroots through their use of “pay-to-play” slates. This year we’re urging voters to #TrashtheSlates! This is a project organized by the HYR.

Don’t give your vote to someone else, especially someone that makes it their living by getting you to give them your vote. Talk to your friends and neighbors. Better yet, attend a meet and greet. Find candidates that you can support.

Read more from our friends at Big Jolly Times

More in this category: A Game of Benches? »