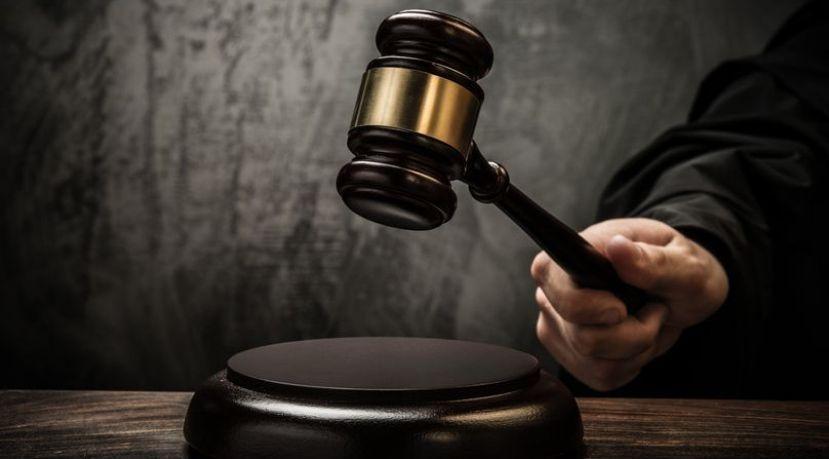 Author’s note: As a Republican judge having presided in a Harris County misdemeanor criminal court for the last fifteen years I’ve given much thought to our current judicial selection process. I wrote this essay long before my defeat in the March 6, 2018 Republican primary, and I’ve revised it to reflect what I’ve learned from that election. JK

Supreme Court Associate Justice Neal Gorsuch stood for judicial independence during his confirmation hearing, and while there he wisely resisted attempts to commit him to specific beliefs and practices. As a nation of laws we should laud and stand with him. Justice requires such independent judges to strictly follow the law, and to be wisely selected before they serve. Abraham Lincoln, Father of the Republican Party, stood for those values.

The Founders considered those values when they designed a judicial system separate from the executive and legislative branches, and insulated from private, partisan and political influences. Texas can wisely elect such an independent judiciary only if voters are well-informed about qualified judicial candidates.

Unfortunately, certain special interest groups in Harris County have long manipulated this information process by influencing judicial elections according to their narrow interests. They pursue political consequences for Republican judges who follow laws with which they disagree, and for those whose decisions displease them. They hand-pick judicial candidates while soliciting advertising funds from them. All of this results in a diminished judicial selection process and diminished judicial independence.

Each campaign season these special interests become so-called "pay-to-play," mostly-for-profit "slates" that send ballot recommendations to many thousands of voters. Slate publications are better funded than most judicial campaign budgets with many thousands of dollars contributed by candidates seeking valuable endorsements and generous campaign assistance. Slate mailers are cleverly designed with the right colors and logos to mimic official ballots and Republican publications. Mail-in ballots, attached by perforation to the slates’ endorsements, are sent to shut-ins, the elderly and those unable to vote at the polls. These publications often contain fake news: misleading information, exaggerations, and half-truths. For these reasons the Harris County Republican Party’s Executive Committee condemned them, yet it is unable stop them.

The slates target incumbent judges, hand-pick candidates to replace them, make deals with others, and discourage opposition. Behind closed doors they interview aspiring judicial candidates and seek assurances of ideology and preferred judicial practices in return for valuable political support. Many independent political consultants encourage their clients to engage with these slates.

Republican judicial candidates funding the slates receive endorsements while minimizing their overall campaign costs and efforts necessary to connect with voters throughout our large and populous county. In a sad irony, the incumbent judges supporting the slates effectively fund efforts to unseat their judicial colleagues whom the slates oppose.

The slates’ ideology-laden publications skirt judicial ethics rules by promoting public policies upon which judges and judicial candidates should not ethically comment. Public policy discussions are essential to robust legislative and executive debate, but are out of place in judicial selection. Judges have little or or no say in public policy because they are decision makers who must consult the law to inform their actions.

These various slate activities undermine judicial independence, poison judicial collegiality, and diminish the overall credibility of Republican judicial selection, which in turn can weaken the party in the November general election.

The slates go further and interfere with judicial actions. For example, after the Supreme Court extended marriage rights to same-sex couples in 2015 the slates threatened judges with primary election opposition should they officiate same-sex weddings, despite our Republican Harris County Clerk routinely issuing marriage licenses to gay couples since the law changed.

These threats present ethical and moral dilemmas to judges who must either stop officiating weddings, or reject marriage-minded same-sex couples and then face Judicial Conduct Commission sanctions. In July 2015 Harris County Attorney Vince Ryan warned judges of those consequences, which include removal from office. Unsurprisingly, most Republican judges stopped officiating weddings, and the few who defied the slates became primary targets. I was one of them.

Why is this important? Because no one should fear that if minor judicial acts like officiating weddings are politically threatened, then more consequential judicial acts are next. Political threats for lawful judicial acts reduce judges to handmaidens and stable boys to special interests whose threats and choices thrust upon judges are contemptuous of the rule of law and judicial ethics.

The Founders’ vision of justice is indeed the rule of law served by a commitment to follow it - our Republic’s time-honored pointers on the judicial compass. Wise, independent judges set aside personal belief and ideology to follow the law. The slates scorn this vision while expecting something else from judges. The Republican electorate has tolerated this manipulation of judicial selection for far too long.

Each campaign season for over 20 years the slates imperil judicial independence and the credibility of Republican judicial selection. Sadly, it has happened again. In the recent March 6, 2018 Harris County Republican primary election 75 judicial races were on a nearly 20 page ballot. The slates correctly wagered that “ballot fatigue,” apathy and physical impediments would drive voters to uncritically follow their recommendations. After the votes were counted two longtime, highly rated judges (including me) were ousted, another highly-rated judge is facing a tough run-off election with a slate-endorsed candidate, and many other well-qualified candidates were bested by less-qualified, less-experienced slate-supported candidates.

Imagine voters stopping at polls on the way to work, on the way home, or during a precious lunch hour or coffee break only to encounter this massive primary ballot. As predicted by Mark Jones of The Baker Institute in his January 2017 published study of judicial selection in Texas, down-ballot races in this primary were under-voted (meaning down-ballot candidates received no votes) by up to 30 percent.

The slates successfully drove voters to most of their endorsed candidates in those down-ballot races with mail-in ballots and the slates’ so-called “Official Ballot Guide” seen by poll workers being carried en masse into the polls. Judicial independence and the credibility of Republican judicial selection has once again been greatly diminished.

The slates’ influence will end only when more voters take the time to critically evaluate slate endorsements and then cast an informed vote in down-ballot races. The slates will then wither and die as more judicial candidates find the heart to stand up and refuse to honor and pay them. Only then will the slates’ cynical game of benches come to a richly-deserved conclusion.

More in this category: « For Harris County Republicans, Trash the Slate is the thing Why Do Governments Fail? (The Exponent Problem) »