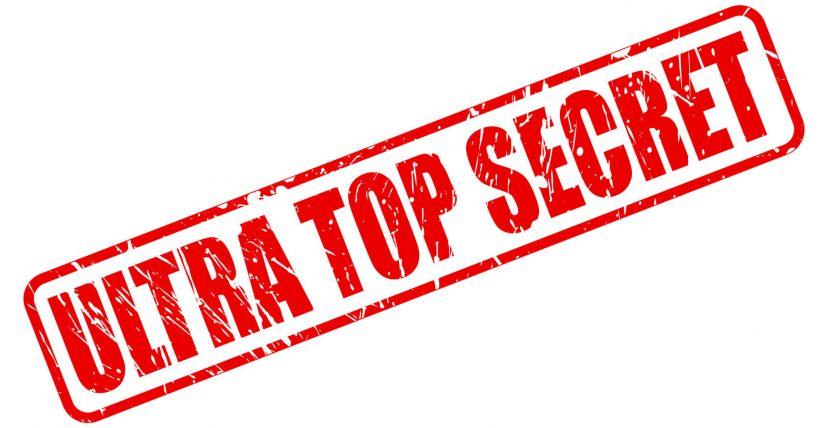 It's no secret... getting a top secret security clearance is hard. It requires a rather extensive (some would even say invasive) background investigation into every aspect of your life. And even then, you will face periodic re-investigation, often with the same level of intensity, just to continue to maintain that clearance. To us, the process of getting top secret security clearance looks like one bunch of humans poking around in the private lives of another bunch of humans, and checking off a bunch of boxes on a form. Your government at work.

Yes, the government and military do have lots of secrets. And yes, they do love keeping those secrets from everyone... from our enemies to our allies to "We The People". Insuring that those secrets remain secret is very important... or so says the government.

But make no mistake... a top secret security clearance doesn't guarantee secrecy. It is just one leg of a three-legged stool. And although it's the one most talked about, it is really the least important. Every leaker, spy or whistle-blower who stole and released government secrets had some level of clearance. A lot of good that did. So too did the geniuses in government who simply screwed up and let those secrets out unwittingly.

Let's face it -- we're all human... and as humans we often make mistakes or behave badly. Having or not having a top secret security clearance may influence how we approach information we are exposed to on the job. But it cannot change our behavior as it relates to that information. Each of us as individuals determines how we behave or misbehave in any given situation. Clearance is nice, but what we do with it once we have it is more important.

Which brings us to what is really more important that having a top secret security clearance -- the other two legs of the stool.

First is the simple fact of whether or not we are exposed to information that is deemed secret or confidential. Where did that information come from? How did it come to us? Who knows with whom that information is safe to share? Simply having a top secret security clearance doesn't necessarily mean that all the top secret information in the world is going to be dumped on our desk. But OK, we get that if we have the clearance, sooner or later we will be exposed to lots of secret stuff. Check. Where possible avert your eyes, or be prepared to carry the burden.

And so we reach the last and most important leg on the stool... the one that keeps it upright. We have the clearance... and we've seen the information. What do we actually do with it once we've been exposed to it? Human behavior, you gotta love it.

Look, if we dummy up, and we keep our private information private, we will have lived up to the responsibility we took on when we sought a top secret security clearance in the first place. Mum's the word. On the other hand, if we blab all over town about what we know, or we leave our mobile devices or computers exposed, we will have failed. Doesn't seem very complicated to us. Our advice to everyone in government is simple. It comes right out of the movie Goodfellas. "Never rat on your friends and keep your mouth shut."

When we read about this or that member of the white house staff who has lost their top secret security clearance, well to us that just means they may not have gotten enough of those checkboxes ticked off. Or maybe someone didn't get around to finishing the whole checkbox thing quick enough. What we are really thinking about is whether and to what those staffers were exposed to that was supposed to be so secret. And most importantly, what will they do or not do with it if they did see something at all. We take some comfort in believing that good people generally do good things and don't need clearance to do it. And bad people? Well... they will do bad things no matter what their clearance.

Oh... and then we think of Hillary Clinton.

More in this category: « Armed And Dangerous: If Police Don't Have To Protect The Public, What Good Are They? There's nothing wrong with a census question about citizenship »