As one of the few states in which Democrats had full control of redistricting, Maryland was a major focus of national Democrats looking for any advantages heading into a tough midterm election.

But while state legislators in Annapolis moved against the congressional delegation’s lone remaining Republican member, they did not act as aggressively as some Democrats had hoped.

As a result, Maryland is set to see its first competitive congressional general election in nearly a decade, but could still return a delegation of seven Democrats and one Republican, rather than eight Democrats, at a time when every single race matters to Democrats’ five-seat majority. 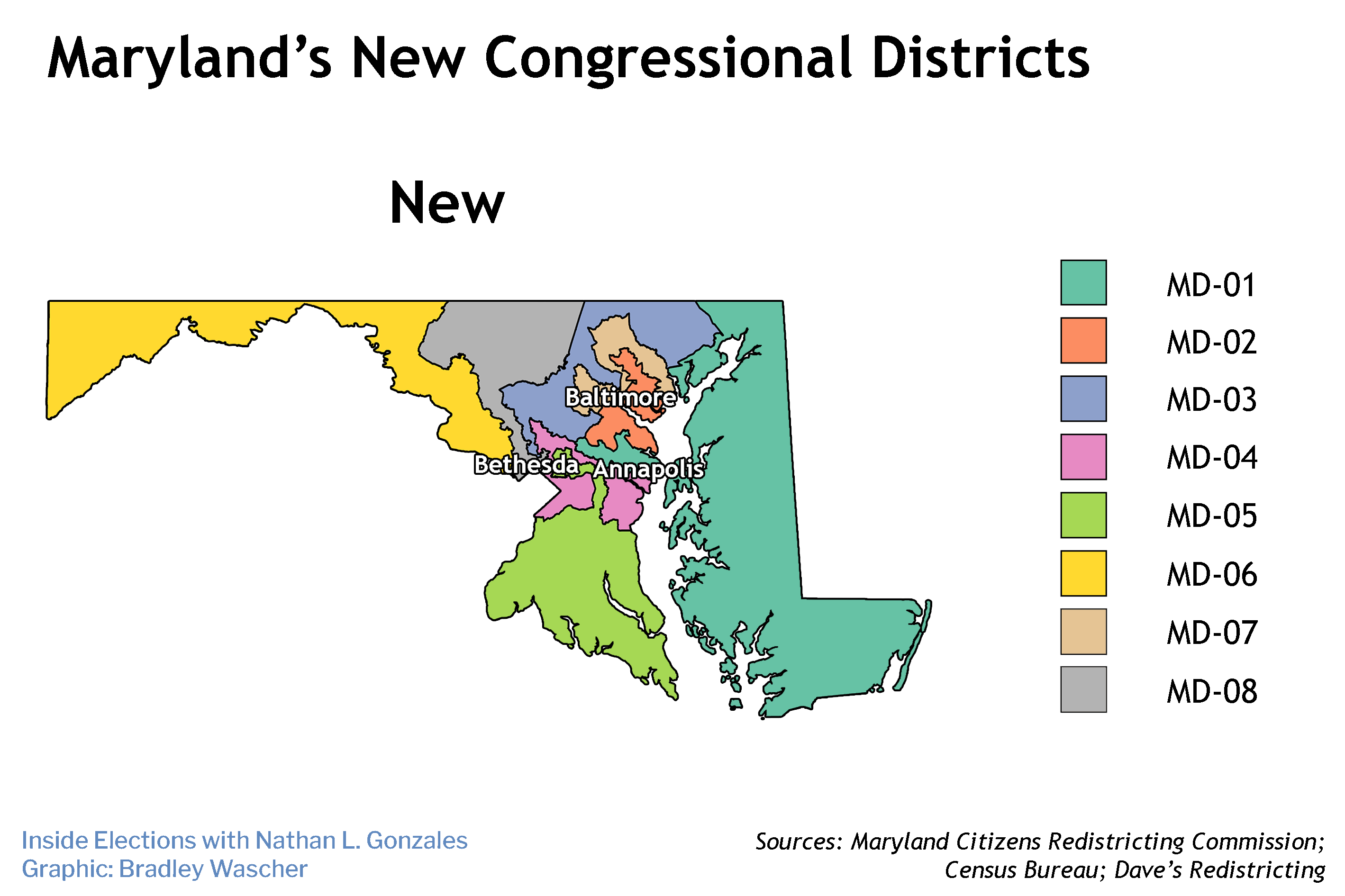 1st District
Andy Harris is the last Republican standing in the state’s congressional delegation, and the new map means he’ll face his toughest race in over a decade. But while the new map makes the 1st District significantly more competitive, it does not go as far as several other members of the delegation, including Reps. David Trone, Jamie Raskin, and Steny Hoyer had hoped. It still presents a path for Harris to return to Congress.

The new 1st is still anchored by the Eastern Shore but no longer stretches across the state’s northern border with Pennsylvania, and also crosses the Chesapeake Bay to take in a stretch of land just north of Annapolis. Just 60 percent of the new district’s population live in the old iteration. And while the old 1st voted for President Donald Trump by 20 points, 59-39 percent, the new version would have narrowly gone for Biden, 48.9-48.5 percent.

That shift in partisanship means Harris will have a real race for the first time since 2008, when he defeated incumbent Wayne Gilchrest in the GOP primary but narrowly lost...