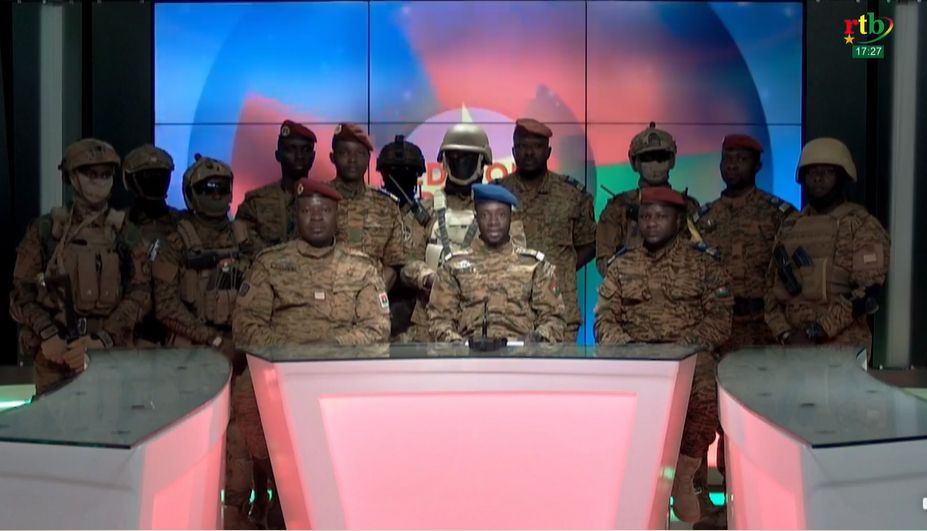 Mutinous soldiers in Burkina Faso declared on state television Monday that they had deposed the government, closed the borders, and taken control of the country. President Roch Marc Christian Kaboré has reportedly been arrested.

The big picture: This would be the third successful military coup in west Africa in eight months, after juntas took power last year in Guinea and in neighboring Mali.

Driving the news: In the chaotic 24 hours leading up to the announcement, gunfire rang out at military bases and thousands of protesters took to the street to demand Kaboré's resignation....

More in this category: « Biden to convene virtual meeting with E.U. leaders on Ukraine Teens say dad in racist rant at Connecticut smoothie shop threatened to kill them »