The Internet Party One citizen... one vote... zero government interference.
updated 9:45 PM, Jul 4, 2020 UTC
Headlines:
New York lawmaker spotted helping mother duck and du: Why did the mother duck and her ducklings cross the road? Because they knew their
Egypt's top court upholds 15-year-sentence for activ: CAIRO (AP) - Egypt’s highest criminal court Saturday upheld a 15-year sentence f
Help Me Retire: We have $190,000 in retirement savin: The CARES Act allows some savers to take money out of their retirement accounts
Congress eyes tighter restrictions on next round of : Lawmakers are weighing tightening the qualifications for small business aid as the
What We Celebrate On The Fourth: What We Celebrate On The Fourth Tyler Durden Sat, 07/04/2020 - 10:00 Authored by
Americans reflect on Independence Day amid racism re: America's leaders are rethinking how they view Independence Day, as the country re 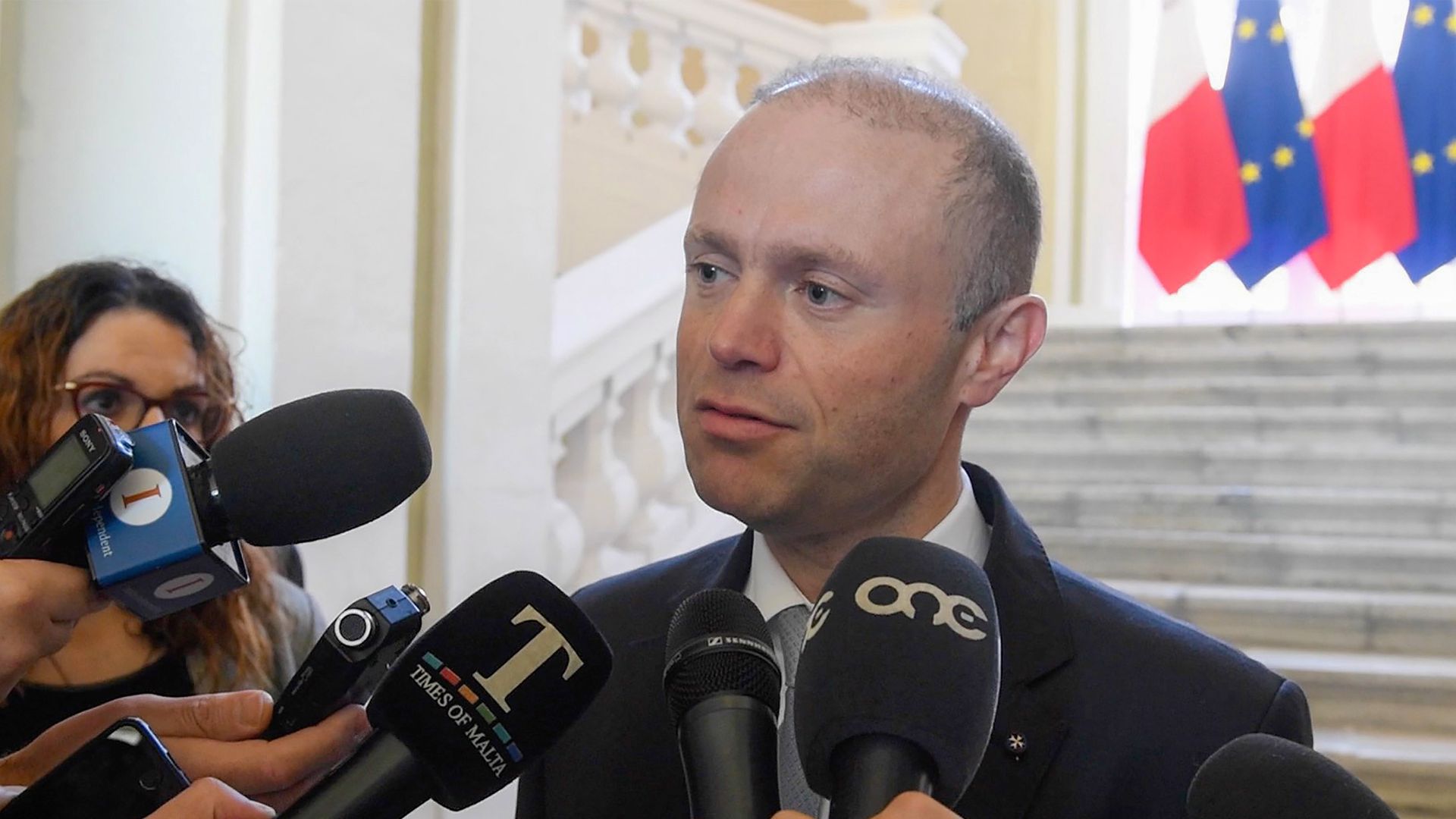 Maltese Prime Minister Joseph Muscat announced Sunday that he would resign next month in the wake of a crisis triggered by an investigation into the 2017 death of Daphne Caruana Galizia, a prominent anti-corruption journalist, AP reports.

The backdrop: Prosecutors on Saturday charged well-connected businessman Yorgen Fenech on suspicion that he paid contract killers to murder Caruana Galizia, a fierce critic of Muscat and his associates, according to the New York Times. Fenech had offered to give information linking Muscat's chief of staff and others to the murder plot in exchange for immunity, but the government turned down the offer.

The big picture: The fallout from the 2017 murder has shone a light on corruption in the European Union's smallest country, denounced by Caruana Galizia's son as a "mafia state," per the Times.

Go deeper: The free press is getting squeezed, even in democracies...