The Internet Party One citizen... one vote... zero government interference.
updated 9:46 PM, Aug 8, 2020 UTC
Headlines:
'This already exists': Democrats seize on potential : Democrats pounced on President Trump’s announcement Friday that he may sign an e
Hillary Clinton roasts New York Times columnist over: It's only been four years since Hillary Clinton ran for president, but New York Ti
The Tell: Stock-market expert sees a ‘monstrous’: The best start to an August for the stock market in years might get even better, a
PPP application window closes after coronavirus talk: The application window for a small business aid program is closing at the end of t
Future is Bright for House Democrats: By Nathan L. Gonzales & Jacob Rubashkin After losing 40 seats and the House majori
"It's Very Apocalyptic": Workers Return To Untouched: "It's Very Apocalyptic": Workers Return To Untouched Office 'Time-Capsules' 4 Mont 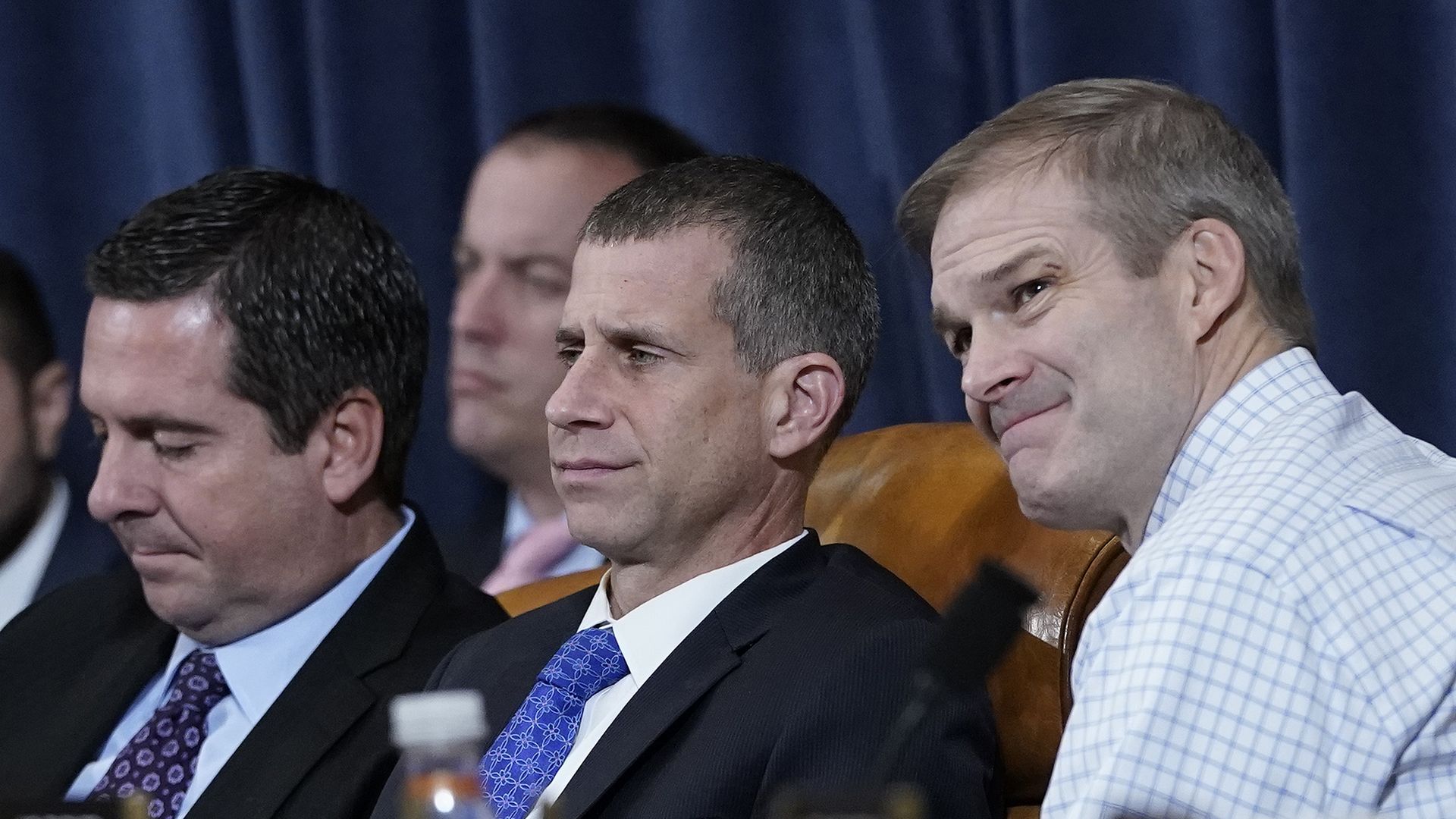 President Trump committed “no quid pro quo, bribery, extortion, or abuse of power,” Republicans on the House committees investigating the Ukraine controversy have concluded in a 110-page report reviewed by Axios ahead of its formal release.

Why it matters: The report provides the basis for Republicans' rejection of Democrats' anticipated articles of impeachment against the president for the remainder of the House proceedings.

The document is a prebuttal to the Democratic majority's highly anticipated report compiling the evidence against the president and recommendations on how to proceed.

Between the lines: The report covers a lot of the same talking points that House Republicans rolled out in a staff memo before the public hearings.

They also seek to discredit those inside the government who raised alarm bells about what the president, Giuliani and others were doing outside normal foreign policy channels.

Behind the scenes: The report, written by Republican staff on the House Intelligence, Oversight and Foreign Affairs committees,...

More in this category: « Democratic congressman calls for study of effects of sex-trafficking law Senate panel to vote on Turkey sanctions next week »